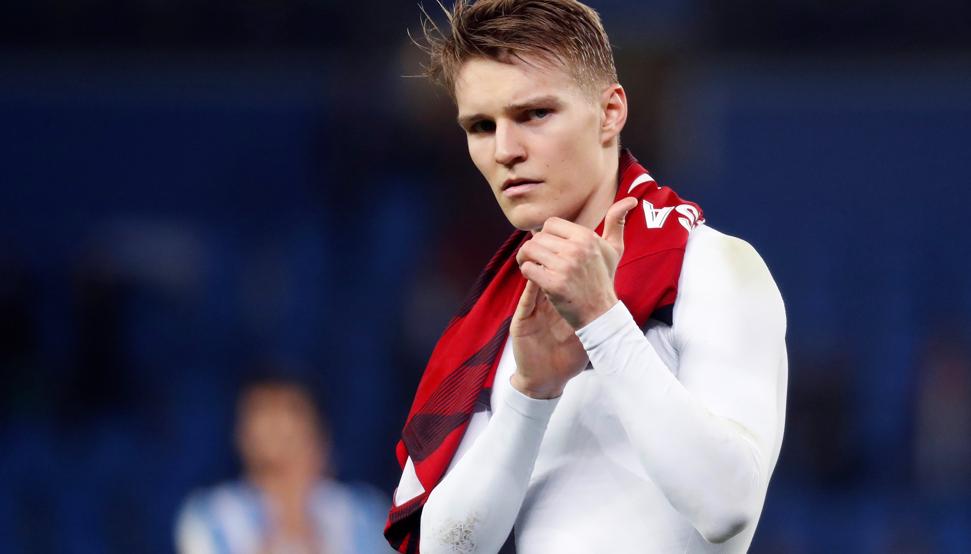 Bernd Leno is excited about the impact that Martin Odegaard will make at the Emirates, and he thinks we should be too.

The Gunners signed the Norwegian on loan from Real Madrid this month as they looked to add more creativity to their team.

He had struggled for game time in Madrid, but he was one of the best players in Spain at Real Sociedad last season.

The midfielder has now been added to the Arsenal squad for the rest of the campaign.

He was introduced with 10 minutes to go into Arsenal’s match against Manchester United yesterday.

He didn’t have enough time to make something happen in that game, but Leno has been training with him and says the midfielder is a player that should bring excitement to the Arsenal fan base.

The goalie praised him for his ability to pick a pass as well as providing assists to his teammates.

‘I think we should all be very excited because he is an attacking midfield player who is turning, wants to go forward, wants to play passes and create chances and have assists,’ the German goalkeeper said via the Metro.

‘In his first days he has been very impressive and has been very open to everyone, and I think we will have a lot of fun with him in the next months.’

Odegaard still keen on a return to Spain despite signing for Arsenal
18 October 2021, 15:00