Nwankwo Kanu has slammed Arsenal’s decision to offload Alex Iwobi back in 2019.

The winger left to join Everton in the summer of 2019, despite playing heavily in Unai Emery’s first season with the club.

Iwobi scored six goals and assisted nine in 51 appearances in all competitions in his one season under the now-Villarreal coach, which does question why he was in fact let go.

Then you consider the amount paid by Everton for his signature, £28 Million rising to £34 Million depending on bonuses as reported by the BBC, which tells me the Blues may well have valued him higher than we had.

‘I was surprised they let Alex Iwobi go when they did,’ Kanu told Ladbrokes at one of their events(via Metro).

‘He was supposed to be a part of this team and I think they’d be a better team with him in it. He’s Arsenal blood and he’s always given his all for the team.

‘He plays at an international level. I believe he’d be much more comfortable in this Arsenal team than he is in the Everton team.’

The former Invincible of 2004 was then quizzed about his thoughts on Arteta and the current campaign. he answered: ‘It’s a difficult one to assess as far as Arsenal’s season is concerned because domestically they aren’t anywhere near what we’re used to seeing, but in Europe they look really strong.

‘The coach did a good job in winning the FA Cup last season but this is a big club, and the expectation of a big club is to win the league.

‘As things stand, you can’t rate Arsenal highly in terms of performances in the Premier League, but if they can win the Europa League, it gives them a good balance, knowing they have struggled in the league.

‘You can’t exactly say that Mikel Arteta is doing an amazing job, but we have to remember he’s in a European semi-final and he’s working hard. He’s not been in charge for very long so it’s tough to judge him too much.’

With the nature of the current campaign, it is definitely difficult to digest everything on our current season, but on Iwobi, I can’t help but believe Saka’s promotion was a by-product of that move and who could be disappointed with that? 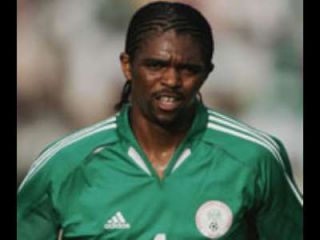