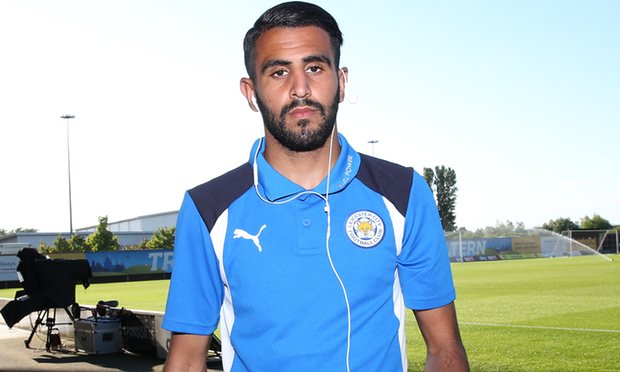 Riyad Mahrez has pledged his future to Manchester City after reports linked him with a move to Arsenal (Daily Mail).

The Algerian was in fantastic form for City in the Champions League last season and his performance was one of the reasons they reached the final of the competition.

They had already won the Premier League and the Carabao Cup before the UCL final.

They lost it to Chelsea and it seems Pep Guardiola will attempt to build a team that can go that extra step.

The Spaniard will reportedly be willing to sacrifice some of his current stars including Mahrez and Raheem Sterling and they were both linked with a transfer to Arsenal.

Signing a player like the former Leicester City man would be a tremendous boost to Arsenal and can turn them into top four challengers immediately.

However, that will unlikely happen soon if it depends on Mahrez after he reiterated his desire to remain with the Premier League champions.

Speaking while on International duty recently, the Premier League winner said to DZ Sport via Mirror Football: “There is nothing about my future. I am well in Manchester. I will stay God willing.”

Perhaps if Arsenal finishes next season inside the top four, they can entice him to join them.