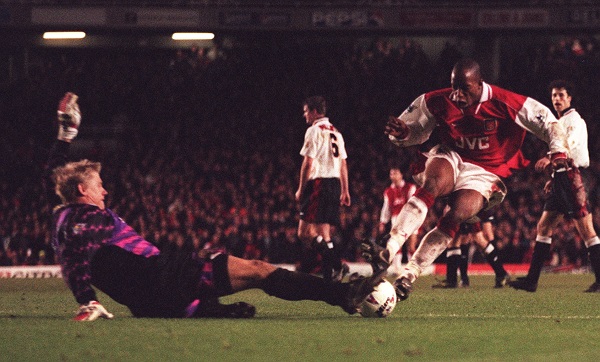 Ian Wright has gone down memory lane to discuss an infamous foul involving him and the then Manchester United goalkeeper, Peter Schmeichel in 1997.

The former Arsenal attacker was chasing a ball towards Manchester United’s goal in the game at Highbury but he eventually crashed into Peter Schmeichel who needed to be attended to.

The foul caused a furious reaction from Sir Alex Ferguson and some of the United players, however, years later Ian Wright is still pleading his innocence.

The Arsenal legend maintains that he only had his eyes on the ball and he never had the intention of fouling Schmeichel.

He also revealed that he had a run-in with the goalie in an earlier game at Old Trafford before the Red Devils came visiting on this particular occasion.

He told Match of the Day Top 10 podcast as quoted by the Manchester Evening News, “I didn’t try to snap him, all I did in that particular incident was jump on the ball.

“I was a little bit wound up at the time, Peter said a couple of things I didn’t find very nice – a couple of unsavoury things.”

Later on in the podcast, Wright said: “We had an altercation at Old Trafford, which led to this game a couple of months later.

“In the first half of that game, we went in for a challenge that was so venomous that we actually burst the ball.

“The funny thing is, the tackle that everyone sees, the whistle had already gone and I just didn’t stop.

“When you look at it, you can see that the game had stopped but we were both running for it, the red mist was already there.

“His leg was out, I saw the ball and I just jumped on the ball, two-footed.

“They said it was the tackle that shamed football – when I look back at it, it’s quite an embarrassing thing to see.”

Wright would go on to become one of Arsenal’s best goal scorers, while Schmeichel would also attain legendary status in the Premier League. 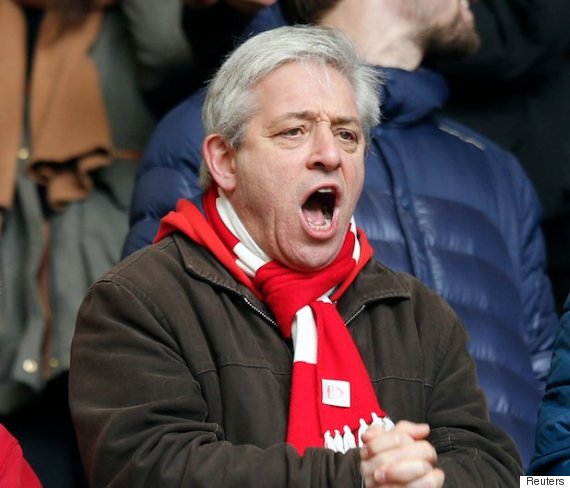 Wright wants Kroenke out of Arsenal despite groveling apology
21 April 2021, 18:15