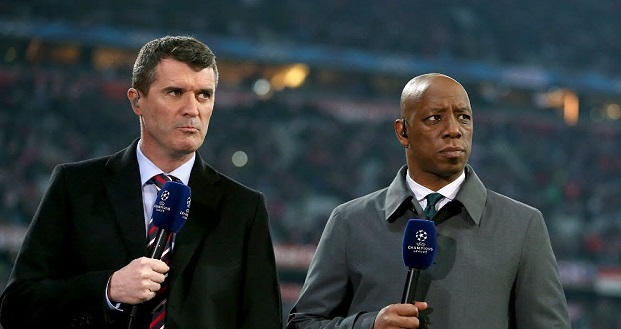 Ian Wright has recalled an occasion when Roy Keane taught him a lesson in punctuality.

The Arsenal legend was on punditry duty with the former Manchester United midfielder at the last World Cup. They both agreed to meet up for lunch at a specific time, but Wright for some reason arrived two minutes late.

After turning up, he called Keane, and the Irishman told him he was two minutes late and that was unacceptable.

He revealed that Keane never returned for the lunch and that was a day that Wright hasn’t forgotten.

He told BBC’s Match of the Day: Top 10 podcast: “Honestly, I’ve got so much admiration for Roy Keane. I have to say, we were at the World Cup together [as pundits] and I was thinking, ‘oh my gosh, we’re really cool mates, it’s fine’.

“And I remember there was this one time I asked Roy if he wanted to go to lunch, because we had breakfast then we’d go for lunch.

“I laughed because I thought he was only messing about but he said, ‘Wrighty, I’m not coming’. And he hung up the phone. And I never saw him until the evening.”

Keane developed a reputation as a no-nonsense midfielder during his playing days and so it is hardly a surprise that he takes that mentality into his day to day life but come on, what a wally.

Lunch between mates is hardly an event of critical importance where two minutes should be such an issue that you storm off in a huff trying to prove a point.

Not sure why Keane deserves such admiration from Wright but each to his own.