The Gabonese attacker is the club’s captain and arguably their most important player but he has just one more season left on his current deal after this season and the club has been trying to get him to renew his terms with them.

Aubameyang is concerned about winning trophies and he probably doubts he can win silverware with the Gunners before his career comes to an end.

He scored a goal and missed a sitter in Arsenal’s game against Olympiacos and used social media to thank the club’s fans for the good messages that they sent to him after the game.

That post also gave Ian Wright the opportunity to send his own message to the former Borussia Dortmund man.

Wright told him how important he has been to the club in the comment section and urged him not to leave the North London side.

He wrote as quoted in the Sun: ‘We love you!!! This club loves you. Our fans love you. Forget about last night.

‘If you weren’t here with all due respect to the rest of our team we’d be in deep trouble. ‘For you to score the amount of goals you are scoring whilst doing all that defending is just incredible!!! ‘(Please stay and sign the ting).’

I am not sure that will be anywhere near enough to persuade Auba to extend his contract, he must have already been well aware of the good feelings of the fans towards him and that has not prompted him to sign an extension as of yet.

Seeing one route to next seasons Champions League closed will most likely have far more effect on his thinking than any amount of messages from former players and the fans. 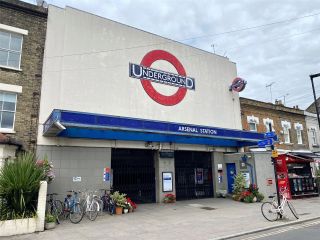