If Arsenal keep trying, they will score goals one day

Arsenal have had a torrid season in front of goal, and it doesn’t matter how good the defence is, if the strikers don’t put the ball in the net then we won’t win games, it’s as simple as that, says Hector Bellerin.

We only managed three shots in the whole game against Liverpool, and desite having lots of BIG chances to score against Slavia Prague, we only managed to get two of our attempts on target, but Bellerin says we just have to stay positive and keep trying. He said on Arsenal.com: “You can blame it on anything you want, but at the end of the day it comes down to the goals we score and the goals we concede, and I think throughout the game we put ourselves in situations that we could have taken the lead, but this is football,” he added.

“We know when we make mistakes and at the same time, I think it’s a very positive performance when you look to go away next Thursday. They’re a team that makes things difficult for every single team that they’ve played against, and I think I felt comfortable on the ball and I felt like the team did all the right things that we were asked to do and there’s still 90 minutes to play for. We’re ready for it.”

It does seem quite incredible when you watch some of the goals we have missed this year, and we must surely be worried about Aubameyang. In the last three games he has only had one shot on goal in the 200 minutes he played, and that was an easy tap-in against Prague that he missed!

In this topsy-turvry, roly-poly season we are having, I guess I would be surprised if we suddenly got 5 goals tomorrow at Sheffield, and none in the next 3 games, or even the other way round!

Oh well, I guess we just have to keep trying…. 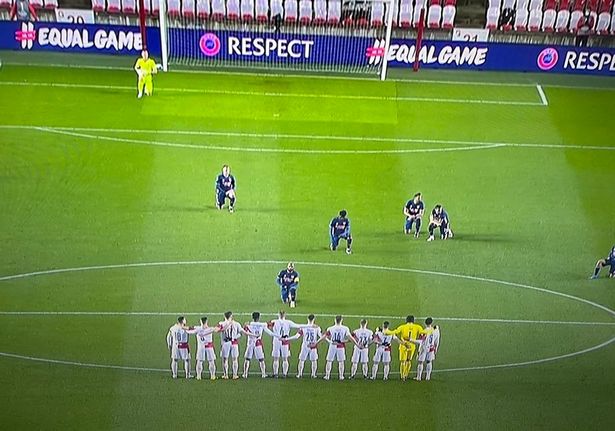