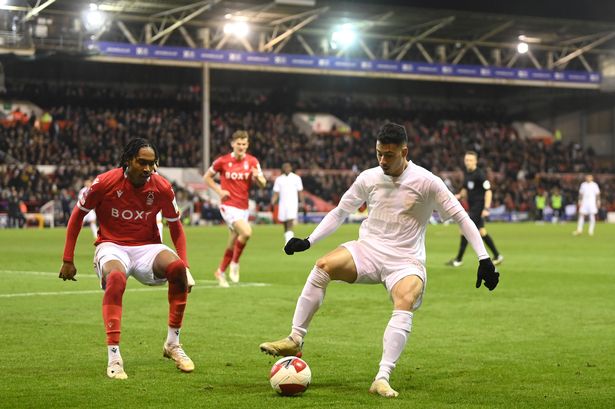 If Arsenal play the same team against Liverpool, we can kiss goodbye to the League Cup

What has gone wrong with Arsenal!

I still cannot get over the fact we lost to Nottingham Forest!

I just can’t believe it. Well I can, because the performance we put out definitely didn’t deserve a win. But you can’t help but feel that this is our B team, with some first team players, so if the worst case scenario happens where our players are injured and we have a major Covid outbreak at the club, then the majority of those players who played against Forest will be in the first team.

That doesn’t fill me with much hope and positivity that we can get a result in other games with some of those players playing.

And the fact that a depleted Liverpool side had more passion and flare in their game against Shrewsbury, and managed to come back to win 4-1 after being a goal down, than we did. The fact they managed to carve out a result with a mix of minimum resources and some youth players, shows maybe just how far we have to go and just what sort of mentality some of our players have.

There really is no excuse for Arsenal losing against Forest.

Forest wanted it more and it showed and in the end they deserved the win.

We were sloppy, and there didn’t seem to be a clear game plan. I don’t know what Mikel Arteta was thinking or what he told his players to do but either they didn’t listen, or they did! We won’t ever know.

All I know is if we turn up and play the same against Liverpool, even without Mohamed Salah and Sadio Mane in the side, we can kiss goodbye to even getting a result.

But maybe there is a slight glimmer of hope and maybe we have got the bad result and performance out of our system and will turn up and get a result at Anfield!