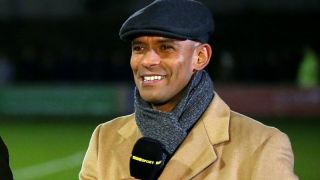 “If Arteta doesn’t learn, he’s going to get the sack” Former Premier Legaue ace not holding back

The Spanish boss made some interesting selection decisions which allowed Unai Emery’s team to start the game well and race into a 2-0 lead.

Arsenal eventually pulled one goal back from the penalty spot through Nicolas Pepe and that away goal just about keeps them in this tie.

Arteta played Granit Xhaka at left-back even though he knew the midfielder would face Samuel Chukwueze.

He also benched all his strikers and played Emile Smith Rowe as a false nine. These selections were baffling and almost led to an irrecoverable defeat for the Gunners.

Thankfully, Arsenal is still in the tie, but Sinclair says Arteta has to learn and fast because if he doesn’t, he would pay with his job when the Gunners cannot deliver under him.

Sinclair said on Talksport: “I think Arteta got it wrong, and I think he got away with it

“The fact they’re still in this tie for the second leg, they’ve got a great chance [of going through to the final].

“But they need to learn. I thought Unai Emery read the script really well.

“If Arteta doesn’t learn, he’s going to get the sack, it’s as simple as that.”

“You can’t get away from the fact Arsenal are the biggest club in London” Pundit puts Chelsea back in their box
31 May 2021, 15:00