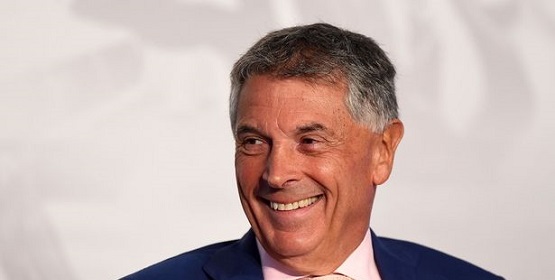 If Dein was still at Arsenal, Zaha would already be our player

Our interest in Zaha brings up natural comparisons with Ian Wright, which will only increase if the transfer happens. Both at the same age of 27 found themselves Crystal Palace legends yet saw a chance to play for Arsenal as a ‘Dream’.

This is, so far, how this summer’s saga has reportedly unfolded. We made a 40 million bid, knowing full well it would be rejected but with the hope it would unsettle the player. The Eagles made their anger public knowledge.

The winger’s brother is doing the talking for his sibling while he’s away at The Cup of Nations, while the man himself has put out a cryptic tweet. Meanwhile at the Emirates, they might be prepared to increase the offer to 70m or throw in a few squad players. There’s still another month of these mind games left.

Now let’s compare how our then Chairmen David Dein negotiated with Palace owner at the time, Don Howe….

Dein, told us; ‘I had to be careful because Ron knew the value, so I rang and said ‘well Ron, I think I might be interested in one of your strikers.’
He said: ‘Well who?’.
I said: “Well… Mark Bright or Ian Wright (but we really wanted Ian.)
He said: “No there is no price.”
I said: “Well …. just give me a figure?”
He said …. “two and a half million?”
So, there was a pause, …… then I said “Don, I’m offering you two and a half million and I know you’re a man of your word.”
He said: “Okay David – done!
To his credit we did the deal.

Imagine that, two businessmen not spending months haggling over every last pound, just being upright and honest and talking like men. Both out of the good for their clubs. Dein, because he loved us enough, he knew it would better the team. Howe, because in his own words he viewed all players as ‘stock’, and an asset was getting to an age where his value would go down.

The idea of Stan Kroenke picking up the phone to get this deal sorted with Steve Parrish is unthinkable.

While waiting for the offer to be made official, Howe wrote in his book of Wrighty coming over to his house, crying in his kitchen, pleading for his release because he knew it would better him and his family. Years before social media, can you envisage a player popping round his boss’s house and laying his cards on the table? The best you get in 2019 is his agent might make an appointment.

Wright actually played 4 more games for Palace then Arsenal but few talk as proudly about wearing the Red and White than him. Something tells me if Mr Dein was in our boardroom, Zaha would a gunner by now. Maybe Dein is the capture we could and should make?