Why Arsenal Can’t Win The Europa League by Dan Smith

Mikel Arteta has correctly labelled the Benfica game as a Final, we have to win (or draw 0-0) to keep our season alive.

That’s a lot of pressure to have to deal with, and as the squad have proven numerous times this campaign, I’m not sure they can be trusted to handle it.

We showed in the first leg we are a better team than our opponents, wasting the chances to make this second leg less intense.

In truth, this tie is between two clubs with strong reputations who are both not in a great period in their history.

Even though the Portuguese side have lost their form post Xmas, they still have a realistic chance of qualifying for the Champions League domestically. 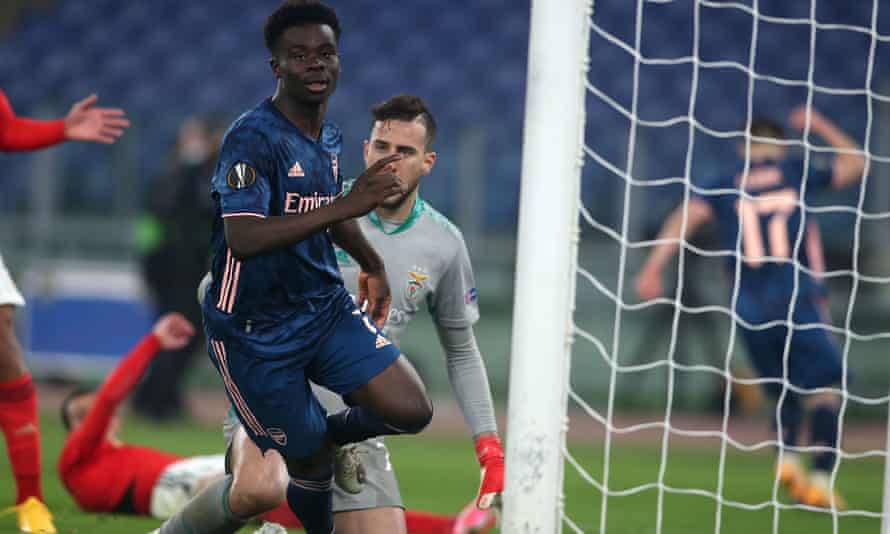 Arsenal on the other hand are 11th, 11 points behind 4th, with zero signs we can put the run together needed to even be in the conversation.

So we have to win this competition to return to UEFA’s premiere tournament.

Even if we advance to the next round, we will continue to face opponents who would like to win this cup compared to the Gunners who need to win this cup.

I think it’s asking too much for this group of players to go all the way with that much pressure.

Forget for the moment that players and fans want to be in Europe, think of the financial implications if we are not.

When Football first went into lockdown, those in power at the Emirates warned that failure to at least qualify for the Europa League would impact on our transfer policy.

Europa League revenue can’t be compared to the Champions League so the fact we were relying on Thursday nights for income showed how much the pandemic has cost us millions.

Knowing you have to win to minimise the companies losses is huge pressure, pressure that we couldn’t cope with a year ago at home to Olympiakos when we were crippled by the fear of failure.

Failure meant 55 redundancies and a smaller percentage of the players 12 percent wages paid back.

Once you know that your results are having a direct impact on salaries and jobs then it takes a strong mentality to cope with that, something we simply don’t have.

Unfortunately, nothing has changed.

Owners have gone longer than they planned without match day revenue, so common sense would say if Arsenal couldn’t afford to not be in Europe a year ago, the situation would be the same this time around? Plus, such is the gap between us and Man City, Stan Kroenke will be under pressure this summer to invest.

Remember as well we no longer have the FA Cup as a route into Europe. Remember how some said that was a good idea?

Based on who wins the FA Cup, 7th in the Premiership could be enough to be back in the Europa. We are 6 points away from Everton but played a game more. That’s how far we have fallen.

Where once we had fans who complained about ‘only’ finishing in the top 4, we could now be hoping certain teams don’t win the FA Cup just so we might squeeze into 7th.

The table doesn’t lie. 11th means we are an inconsistent team.

Surviving Benfica is one thing but expecting this squad to handle this kind of pressure every round is asking too much.