I’m sure that Bellerin would like to see the back of some Arsenal fans..

When I read that Hector Bellerin was being linked with PSG and Juventus, it highlighted how frustrated I have become with a section of the Arsenal fanbase.

My initial thoughts were not how a transfer would affect Arsenal, but how some Gooners deserved the irony of watching the worst Gunners side in decades while the Spaniard lifts a title in France or Italy.

I believe that in the long term, good things happen to good people. That’s why, while not enjoying the subsequent years, it was perhaps only fair that, given how some treated him, that Arsene Wenger can now watch us go backwards. Frankly, some supporters needed to be educated.

You see as much as I think Football is a Beautiful Game, it is just a game.

My desire for three points isn’t bigger than a human’s right to be respected at all times.

Bellerin moved to London at 16, has become an adult at the Emirates and has always spoke with class and eloquence about the club. He’s done nothing to deserve some of the verbal abuse he receives, and it now seems that next to Xhaka, he has to be exceptional to get any credit.

As an example, more has been mentioned about how he was out of position for a goal in our recent win over Leeds, than the fact that he scored a goal himself!

My favourite remains last season when Pepe scored a great goal, and it was decided that one single moment proved that the winger played better with Bellerin behind him.

Of course the sport is all about opinions. If you don’t rate a player, that’s your prerogative. But I can show you some comments which are personal.

When we lose, the Spaniard’s interest in modelling is brought up, like the concept of a 25-year-old male having a passion for fashion makes other adults blush.

There seems a real bitterness about his desire to spread awareness about environmental issues. A pledge to plant 3000 trees after every win is mocked when we lose but never brought up when we win.

I often talk about that next generation of fans being wrongly educated by social media on how a fan should behave.

Here is a young man in his twenties being called the C word (by those older then him) for having his own beliefs, and no one is telling the individual that he’s the moron because he needs to use that language to insult someone who wants to look after the planet. I know which one I would want my niece or nephew copying?

You want to know why Fan Channels will never be accepted as ‘modern media’? How many times have Sky Sports picked on a football player for how they dress or someone’s lifestyle? They wouldn’t or can’t.

Even when Bellerin got recalled by Spain, some of his own fans were simply nasty about it.

Here is a player who has recovered from two serious injuries to get back to the level where his country might want to use him again, and he gets trolled for that? It begs the question what has the full back done wrong?

Has he lost the pace he had as a teenager? Yeah, but that is because of injuries. He didn’t do that on purpose!

It’s funny when an Eduardo, Diaby, Rosicky, Wilshere, Cazorla, etc got injuries which stole their powers, they got sympathy. 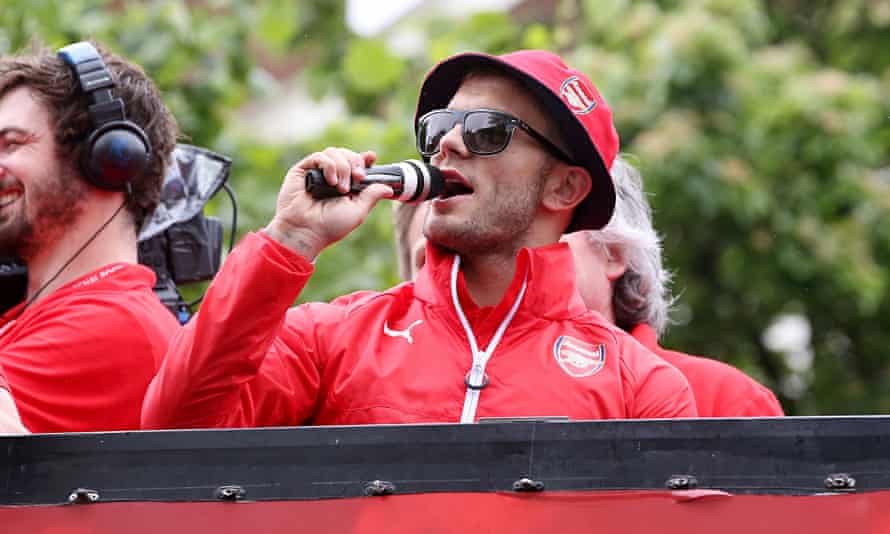 Up to Wilshere’s final game, fans wanted him to get a new contract even when it was obvious he couldn’t play two games a week. Even when West Ham released him, there were calls to bring the midfielder ‘home’.

So I ask myself ‘what’s the difference?’

Like Wilshere, he graduated from our youth team and has been with us for a decade, so you can’t question his loyalty.

Have spells on the side-lines made him less of a talent? Maybe. Yet the names above grew in popularity because of that.

He’s always been a professional, never brings the badge into disrepute (even when admitting the dressing room are aware of the likes of AFTV).

So what it is?

First let me clarify this post is aimed towards the minority. How uncomfortable with what I’m about to write makes feel, you will show your guilt if you have any.

Ask yourself, when angry, why is there the need for some people to reference another man’s dress sense and social activities?

What does that have to do with football anyway?

When Aubameyang has a perceived poor display (and he’s had plenty this campaign) have you ever heard any mockery of his love for super heroes, comics or wrestling?

A 25-year-old saving the planet, a 31-year-old wearing the WWE title dressed as Spider Man.

Which one is more mature?

Don’t get me wrong, I’m near the same age as our captain and have the same passions, but I equally don’t have a problem how anyone chooses to live as long as it’s lawful. Some do though and it’s double standards.

Why is what one player does in his free time constantly brought up when we lose, but only him?

For a start Marvel and WWE are mainstream, whereas planting trees isn’t something most 25-year-olds are associated with. In other words, some find it hard to relate to those hobbies. A 25-year-old who is a vegan and, on the catwalk, …. It’s different.

The majority of people shrug their shoulders and don’t care, they embrace the world is a better place for originality, the world would be boring if we were all the same.

Other small-minded people can’t cope with someone being different. Makes them feel uncomfortable. So they pick, mock, laugh, taunt, patronize – all under the mask of it being football.

Yet again, ask why it’s never brought up by an AFTV host when we play well, only when someone is angry? It’s called passive aggressiion……

When a rant is going on, the mask starts to slip and suddenly you’re asking, ‘what’s a fashion show or planting a tree got to do with anything?’

Wait a moment …. Treating someone differently based on how they dress, where they work, their interests or their opinion of the world? Isn’t there a word for that? A word that is hard to prove.

If I was Bellerin, I wouldn’t want to play for these fans.

Yes, it’s the minority, but when your love for the badge is the only factor when weighing up a move then it’s a shame the minority ruin it for the rest.

He would get better pay elsewhere, play with better talent and (especially in Paris) could enhance his other projects. Not even in the prime of his career, he’s got the motivation to prove people wrong.

Here’s what happens….  We will get 30-50million for Bellerin, half of which will sit in the bank. We will play Maitland Niles there or buy a cheap replacement. The same fans who drive Bellerin out of the club will then refuse to admit we have gone backwards that little bit more. Meanwhile Bellerin spends the rest of his twenties lifting trophies.

And you know what?…… Some fans deserve it to happen…