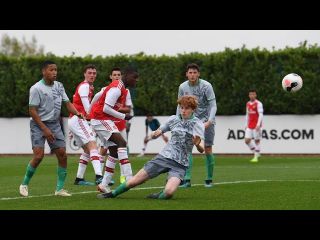 Nathan Butler-Oyedeji has signed his first professional contract with Arsenal, 12 years after joining the club.

The 18 year-old insists that he is focused on continuing to work hard to reach the level he wants to be after signing his new deal with the club.

“This is a great opportunity for me and I just want to focus on doing what I do best now,” Nathan told Arsenal.com after signing his new deal. “I’ve been here since I was six, so to come all this way and get my first professional contract is a dream come true.”

Butler-Ovedeji appears to have a good head on his shoulders, and will continue to work hard in hope of getting his chance to work up the ladder, and we wish him luck in his efforts.