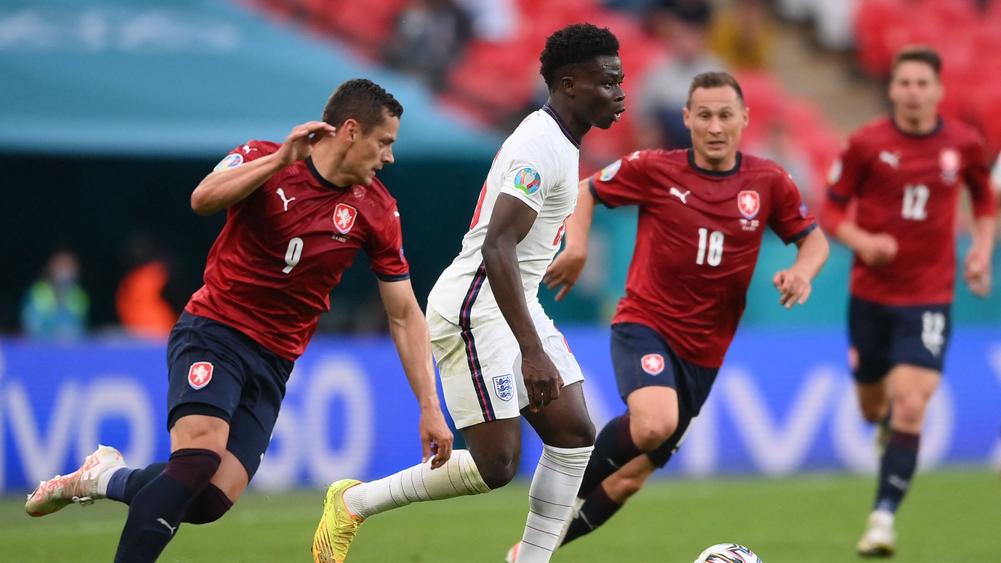 Image: Bukayo Saka proves his worth with MotM performance to give Southgate selection headache

Arsenal youngster Bukayo Saka has earned the Man of the Match award on his only England appearance so far at Euro 2020, helping our side to a 1-0 win over the Czech Republic.

The 19 year-old had been overlooked by Gareth Southgate for both matches against Scotland and Croatia, but with the team having already qualified, as well as with Ben Chilwell and Mason Mount unavailable after contact with Billy Gilmour, Saka was given the chance to shine against the Czechs.

He did so in such a way that he was awarded the UEFA Star of the Match award, meaning he now has three MotM awards from his five England caps, yet he is still being overlooked…

Bukayo Saka = Man of the Match 👏

That’s back-to-back MOTMs for our starboy at England now. He HAS to start in the round of 16! 💫 pic.twitter.com/GkP9DJf25x

Will Southgate ring the changes for the knockout rounds and give Saka what he deserves?

Arteta confirms ‘two or three’ players being monitored ahead of Villa clash
21 October 2021, 10:59

Saka cleared to play Arsenal’s next match, despite being kicked against Crystal Palace
20 October 2021, 23:00