Image: How does Pierre-Emerick Aubameyang compare against Arsenal’s best ever goalscorers?

Pierre-Emerick Aubameyang has been the centre of attention this week for numerous reasons, so we thought we’d delve into the how he fares against some of our club’s greatest ever goalscorers.

The Gabon international smashed his way onto the headlines with his first ever Premier League hat-trick at the weekend, then details emerged claiming he was to be the subject of an investigation after a video emerged of him getting a tattoo, and then he moved to miss a host of chances against Benfica.

The topsy-turvy week may well have taken it’s toll on our main guy, but he remains just that. 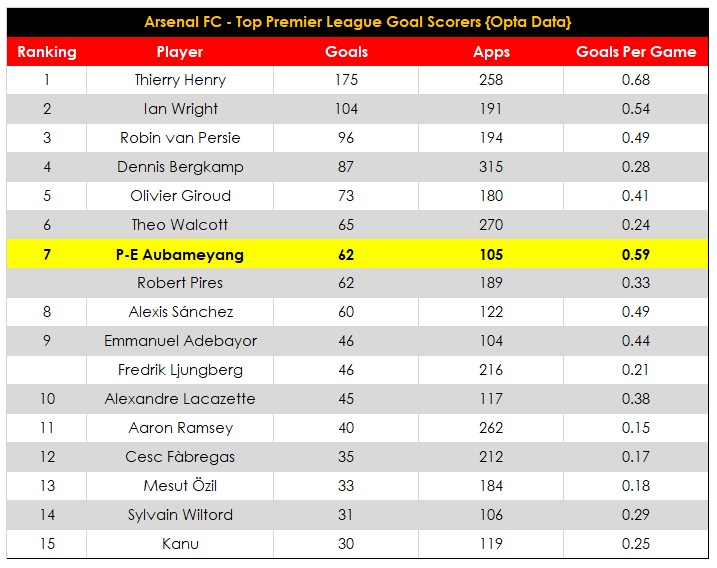 As you can see he ranks in as our second-best goalscorer on goals per game in the Premier League era, and with a strong finish to the current campaign he could well find himself enter into the top five all-time Premier League goalscorers for Arsenal.

Would it be fair to claim PEA is the club’s second best goalscorer ever?