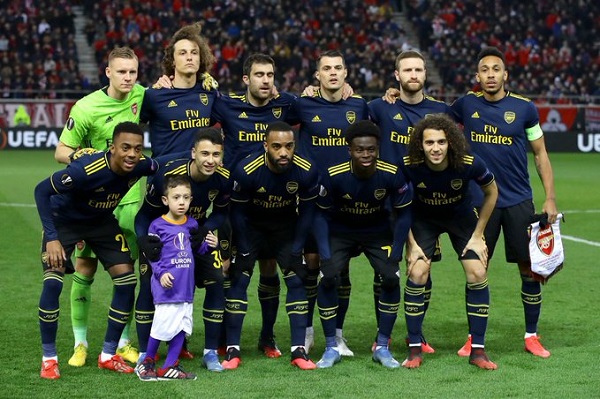 Cute young mascot did not know where to go so he gets included in Arsenal team photo.

This is a heartwarming moment before the teams kicked off in the Olympiacos v Arsenal Europa League match this evening.

The poor thing had no idea where to go or what to do so he ended up in the official Arsenal team photo.

These images on Twitter got some hilarious reactions including “the best player on the team” and some questioning what he was doing there.

This young man will have these images for the rest of his life as a reminder of the day he photobombed the Arsenal team picture.

The mascot didn't know where to go so Arsenal included him in their team photo ❤️ pic.twitter.com/NQu8l0KMqN

Only a couple of years age difference between them all. https://t.co/JQPbiacFuB

Why is Messi standing there with the Arsenal starting XI? pic.twitter.com/k92AKoxtKy