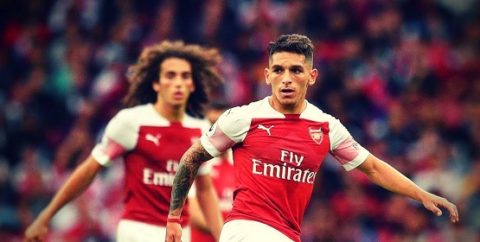 Understanding the positions and player roles in football (Midfielders) by Eddie

Without too wasting much time.

Position: The Midfield
Role: The Center Midfielder(CM):
These guys are the first and foremost, the playmakers and influencers of the game. These are the guys who link the attack with the defense. You need these guys if you want to dominate the midfield. These guys are meant to contribute to the team in terms of Goals, assists and creating the chances, and making key decisions. Known players in this position includes Hernandez Xavi, Andres Iniesta, Luka Modric, Santi Cazorla, etc.

Position: The Defensive/Holding Midfielder(DM):
This position is so important in the game of football, in this position there are two important roles, their jobs varies and they offer different outlets to the game. To the average football fan, they’re both known as Defensive Midfielders, but technically they’re not tasked with the same duty

Always stationed deep and base of the midfield. These guys are the workhorse of the team. These are the guys who play, and are assigned,directly in front of the defenders. Their main and primary objective is to retrieve the ball from the opponents as many times as possible and distributing it to the nearest midfielder, anticipate rival passes and play then intercept those passes. They provide cover for the team when the attack is on likewise when it’s time to defend. These guys are strong, physical, tenacious, rugged and can contest the ball physically with opponents, technical abilities are added bonuses. They are mobile players who need to cover and chase opponents, they’re tasked with the responsibility of stopping opponents before getting to the defense line. This is one position coaches and teams makes sure they get covered. On this list you have Iconic names like Gattuso, Claude Makelele, Patrick Vieira, Sergio Busquets, and others include Thiago Motta, Sami Khedira, Fernandinho, Ngolo Kante, Casemiro, our own Lucas Torreira etc.

These are the guys you find next to the holding midfielders. In tactical setups in football, attacking playmakers are stationed up front at the head of the midfield, and those who play behind them (CM,DM,DLP,B2B) are all required to move the ball forward to him.

In modern day football and tactical setups, these are the playmakers responsible for operating from deep. This role is being achieved from the base of the midfield, deep alongside the holding midfielder. These are the guys who can control the tempo of the game from the base of midfield. This role is very important to teams and coaches who play the possession-based game. (Maybe this is why Emery is obsessed with Xhaka as long as Ozil doesn’t play? If he needs a DLP so bad, why not get a new one?)

This position is very important in the game of football today, the DLP is not just the DM guy who provides cover at the midfield base, he’s not the CM who drops back to get the ball before pushing it up front or wide. These are the guys whose primary and chief duty is to dictate the tempo of the game right from the base of midfield. This position demands intelligence, Vision, ability to switch play. They are tasked with making intelligent passes, short passes, long passes, to pass through and break the opposition’s midfield and defensive line. They’re meant to orchestrate attacks from the back.

Secondary duties includes providing cover for the defense alongside the holding midfielder, retrieving the ball from the opponents, intercepting passes. They share a bit of the responsibilities given to the Holding midfielders. Perhaps this is why Deep-Lying Playmakers are often mistaken as Holding and Ball-winning midfielders. The best and the only one regarded as the very best in the DLP role is Andrea Pirlo. Make a search, and the first name you’ll pick up is Pirlo. Iconic names includes, Xabi Alonso, Toni Kroos, Sergio Busquets (Garnered respect and accolades all over the world of football, Regarded as the world’s best DM in his prime because of his abilities, this man is the hybrid of the DM and DLP. This man alongside two of the very best CM? Xavi and Iniesta? We all know how they dominated the midfield); Cesc Fabregas, Thiago Alcantara, Marco Verratti (This man can do literally everything in football, defend and create pinpoint passes from anywhere, no wonder Barcelona chased him for years and PSG refused to let him go); Ilkay Gundogan, Granit Xhaka, Marcelo Brozovic, Dani Parejo, Jorginho (The reason Pep tried to acquire him and Sarri brought him to England, he wasted no time in breaking the EPL’s record for number of most passes in a single game just under a month); etc.

All in all, these guys are the ones replacing the attacking midfielders, because of their ability to dictate the tempo and control the game.

· Sits in front of the defence
· Creative playmaker from deep
· Distributes to teammates, near and far
· Sets the team’s tempo
· Capable of tackling, though a secondary task

Role 3: The Box to Box Midfielders(B2B):
This is the guy who runs from his box to the opposition’s box just to fulfill different roles on the pitch. Perhaps arguably the most hardworking role when compared to the BWM. These are the guys who are experts at playing both Offense and Defense. This role demands the quality to create chances for strikers and stop the opposition’s attackers, strength, technical abilities, Stamina and strength, and must be a relentless hard worker. The non-stop dynamism of this position makes it also a very important role in today’s game. He’s a big threat from distance. These guys can do everything in the middle of the park.

Role 4: The Wide Midfielder:
These guys are the ones to add width to your midfield, they possess strength and pace because they need to perform the role of a winger during the game. They also provide cover and protection for the fullbacks.
These midfielders can also cross the ball into the opponents box from halfway line unlike the wingers. They tend to whip in Beckhamesque-like crosses. I’ll say the Wingback is the modern day WM only difference is with the WM, you have a Fullback on the pitch also. On this list, iconic names includes, David Beckham, Ze Roberto, and others like Angel Di Maria, Kevin De Bruyne, etc.

Role 5: The Attacking Midfielders A.k.a The Number 10:
They are not required to be the fastest or to be blessed with pace, after all the ball is stuck at their feet whether they run with it or not. These guys have creativity oozing all over their body, they are widely known as the superstars. In the history of football, some of the game’s very best were attacking Midfielders. Generally assigned the Jersey number 10. Their role is similar to the Center midfielder role, but they focus more on attacking, scoring, making assists and shooting. Unlike the DLP, these guys are stationed just behind the attackers and the do everything else for the attackers. Qualities required in this role involves field vision, technique, and ball control, must-have abilities for these guys are exquisite techniques and accuracy, be it shot or pass. Both qualities are the most important to be able to manipulate the ball to their will. Also they’re known to be in charge of free kicks and penalties. Legendary players in this position are so many that I might forget some players, but these legends includes Zinedine Zidane, Dennis Bergkamp, Francesco Totti, Ronaldinho, Austin Jay Jay Okocha, Ricardo Kaka, David Silva, Mesut Ozil, Marco Reus, James Rodriguez, Philippe Coutinho, (Lionel Messi?), etc. Sadly enough the position for these guys is slowly dying off and being abandoned by the modern football managers.

· Dictates play from behind the strikers
· Creates goalscoring chances for the attackers
· Technique and creativity crucial
· Ability to shoot from range an advantage
· Historically associated with the Jersey number 10.

So, I hope most of us understand these roles better now. Xhaka isn’t our Defensive midfielder, as that’s what the average fan know as a ball winning midfielder. Torreira is that player and it’s the reason we got him in the first place. Xhaka is so bad at tackling that Arsene Wenger asked him to stop and not bother himself after he got a red card in 2017. Our midfield started getting exposed after Torreira’s MOTM performance against Spurs last season. Torreira has been playing as our CM not DM for the record. Emery needs to fix this Asap and let the man play his Kante role.