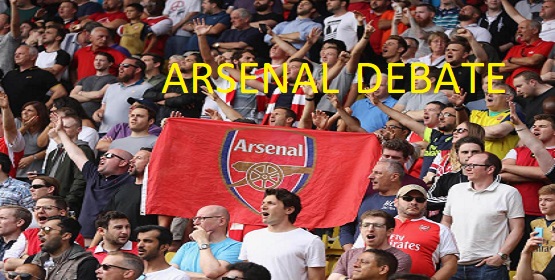 Upon witnessing Arsenal succumb to yet another insipid defeat away from home: Three words starting with ‘I’ emerged, once the final whistle shrieked to bring a miserable Monday night at Bramall Lane to a close. The first one: Inevitability.

Sheffield United, after a 12-year absence from the top-flight, draped in their famed red and white kit welcome Arsenal to Bramall Lane, dressed in yellow and black on a chilly night in South Yorkshire. A French striker scores in the first half for the home side. A boyhood Blade fan turned manager in the home dugout keeps his team compact to secure a memorable 1-0 victory over the Gunners. However, this is merely not a simplistic overview of yesterday’s game. This is New Year’s Day 2007, Arsenal’s previous visit to Bramall Lane.

Even as far back as 12 years ago, these difficult away fixtures invariably threaten to go awry, once things start considerably heating up for the Gunners. Therefore, from the moment spouts of fire began erupting from the sidelines at Bramall Lane and the locals engaged in a rousing rendition of “Greasy Chip Butty” (United’s pre-match song, to the tune of John Denver’s Annie’s Song), already it seemed this encounter was only going to finish one way. A simple look at the statistics supports this uneasy feeling of inevitability.

Arsenal’s away form, in truth is woeful, as they have now accrued a paltry 11 points from a possible 30, in their last 10 away league games. Coming into yesterday’s game, only Watford and Everton had conceded more goals from set-pieces since the start of last season than Arsenal’s 21. Lys Mousset’s close-range winner duly raised that damning figure to 22.

Which ties into the next I: Identity.
Or rather lack of identity, in Arsenal’s case. Before the game, it was obvious what Blades boss Chris Wilder would aim to do: Play a deep defensive block to deny space behind the defence and utilise his overlapping centre-backs and the distribution of Oliver Norwood in midfield to stretch Arsenal and create chances. Which is exactly what he managed in the end.

It feels pertinent to mention here that Chris Wilder’s men have kept 25 league clean sheets, since the start of last season: the most in all four tiers of English football; an example of how a distinct managerial philosophy has been imparted onto the players and has taken shape at Bramall Lane.

On the other hand, it is very difficult to decipher what style of play Emery is looking to impose. Thus far, Arsenal’s performances have been wholly disjointed, with a notable lack of creativity in many of these games. The Gunners created just one clear-cut chance yesterday evening, not including Nicolas Pépe’s glaring miss in the first half.

Even if you look to defend Emery’s tactics, you still find yourself rather perplexed at their execution. 68% possession, hoping to split a deep-lying defence with an accurate through-ball? Where was Mesut Ozil? Trying to over-run Sheffield United out wide and put accurate crosses into the box with your full-backs? Where was Hector Bellerin? Why was Kieran Tierney not starting? Consequently, Emery’s long-term prospects at Arsenal look ominous, unless he can muster more of the third ‘I’ away from home: Inspiration

On the touchline, there certainly appeared one manager capable of inspiring his team to play above the sum of its parts, as shown with the LMA Manager of the Year award he received back in May for his side’s unlikely promotion.
Contrarily, the other manager, with two Champions League winners on the pitch, a Ballon D’or nominee and Premier League Player of the Month striker, as well as a record £72 million signing, could not even inspire the opposing keeper into any significant action in the second half.

Quite frankly, if Emery proves incapable of instilling more inspiration into his team’s performances and cannot produce more wins away from home in the league, the Arsenal board may be pressured into executing a fourth ‘I’ by the end of the season: Intervention.