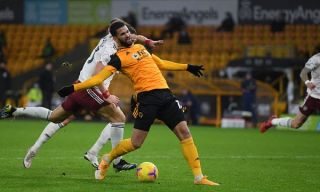 Former Premier League referee, Peter Walton has attempted to justify Craig Pawson’s decision to send off David Luiz for a foul on Willian Jose in Arsenal’s 2-1 loss to Wolves.

Arsenal had started the game well and took the lead through a Nicolas Pepe goal, but Luiz was penalised for bringing down Jose just before half-time.

Pawson pointed to the spot immediately. Surprisingly, VAR deemed the call to be the correct one, and Ruben Neves stepped up and scored the ensuing penalty.

Walton has now defended the referee and insisted that it was the right call.

He insisted that Luiz challenged the attacker, and if he had attempted to play the ball, it would have been a yellow card and a penalty.

However, because he didn’t, and the ball wasn’t even close to him, it was a clear red card.

He added that the referee simply went by the player’s action since he cannot read his intentions.

The ex-Prem official said on BT Sport as quoted by the Star: “Intent doesn’t come into the law because you can’t read what’s in a player’s mind.

“In terms of bringing the player down, he doesn’t make an attempt on the ball – that’s the important thing.

“Had he made an attempt on the ball, it would’ve been a yellow card plus a penalty kick.

“But because he hasn’t made an attempt on the ball and the ball is not within playing distance, that becomes a red card.

“Craig Pawson has got no opportunity at all to issue a yellow – it has to be a red card and a penalty kick.”