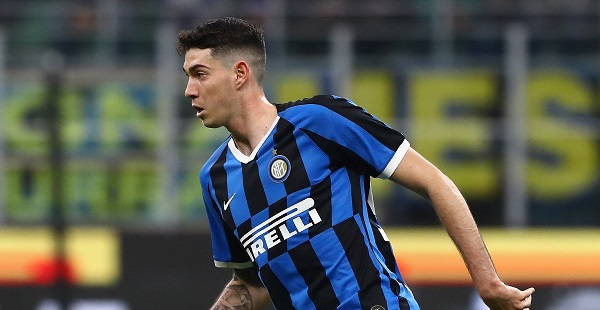 Arsenal has suffered a blow in their bid to land Inter Milan’s Alessandro Bastoni as the defender is close to signing a new long-term contract with Antonio Conte’s side.

Bastoni has been one of the most improved defenders in Italy this season and at the age of just 21, he has been keeping veteran defender, Diego Godin on the bench.

He has been a target of Premier League side with Manchester City and Arsenal both getting turned down by the defender in recent months.

Mikel Arteta can look forward to William Saliba in the Arsenal defence next season and Bastoni is another young defender that likely fits the profile of the type of player that would suit Arteta’s vision.

However, the Spaniard would have to look elsewhere now for a defender as a report from Italy via FC Inter News claims that the defender has impressed Inter Milan enough to earn a new deal.

The report further claims that he has been in talks with the club for a long time now over the renewal of his contract and he is set to put pen to paper on a five-year deal worth around 1.5 million Euros per season with some added bonuses.

Arsenal is still in the running for other defenders like Dayot Upamecano.