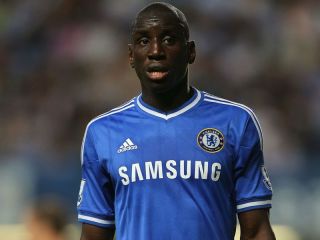 Demba Ba has revealed how Jose Mourinho blocked his move from Chelsea to Arsenal on deadline day back in 2013.

The former Newcastle United goalscorer was ready to quit Stamford Bridge to join the Gunners on loan after only six months after the Portuguese manager decided to bring in Samuel Etoo ahead of him in the pecking order.

Ba confirmed that he had made the trip to North London to talk to the club, only for Jose to deny him the move in fear of helping his rivals.

“I woke up at 9am on transfer deadline day, jumped on a train, got to London, but then it never happened. Arsenal made a couple of signings on the same day [Mesut Özil and Emiliano Viviano] and Mourinho chose to block the deal, as he didn’t want to help make one of Chelsea’s competitors stronger,” Demba told FourFourTwo.

The Senegal international went onto admit how proud of his goal that helped the West Londoners to reach the semi-final of the CL after missing out on the move to the Emirates, and how he adapted to not being a regular starter during the campaign.

“Being a young kid from the hood in Paris, growing up in poverty and then scoring the goal that took Chelsea to the Champions League semi-finals, that felt like a great achievement,” he continues.

“I had to find a way of dealing with not starting matches. But when you don’t play and you’re surrounded by players who do, the negativity comes. Near the end of that season, I decided to stop moaning, work hard until the season was done, then move on. When I stopped complaining, I started to score and play more.

“I remember having a chat with Mourinho once the season was finished, when he asked me to stay for another year. But I had already decided to go.”

Ba ended up joining Besiktas ahead of the next season, before heading out to China, and is still playing on today in Turkey.

Could Demba Ba have been a hit in North London?