Is Balogun ruining his image with Arsenal fans?

Is Balogun Ruining His Image? By Dan Smith

Some gooners have translated Folarin Balogun’s social media activity this week as the latest sign he won’t be signing a new contract. The striker has removed any mention of Arsenal off his Instagram account.

He also recently decided straight after a Gunners defeat would be a timely moment to post a video of him scoring. It’s believed his manager read this a certain way which has led to training with the first team stopped.

Sending cryptic messages on the internet is not the most mature response to not being in the first team – but we are talking about a 19-year-old.

It suggests the teenager is be being poorly advised, with Arteta hinting in the past it’s not necessarily the player who is the stumbling block in negotiations.

It seems strange that at a time where both Lacazette and Eddie Nketiah are up for sale this summer, Balogun seems further away from signing a new deal than ever before.

Reports have always stressed the issue between all parties is not a financial problem, more the striker wanting to know there is a realistic chance of playing time. Well if Eddie and/or Laca were to depart that’s your pathway right there.

If that’s not enough assistance for the youngster then I agree with the club’s stance. Unless we have the next Messi in your academy, zero kids should expect any kind of guarantee. 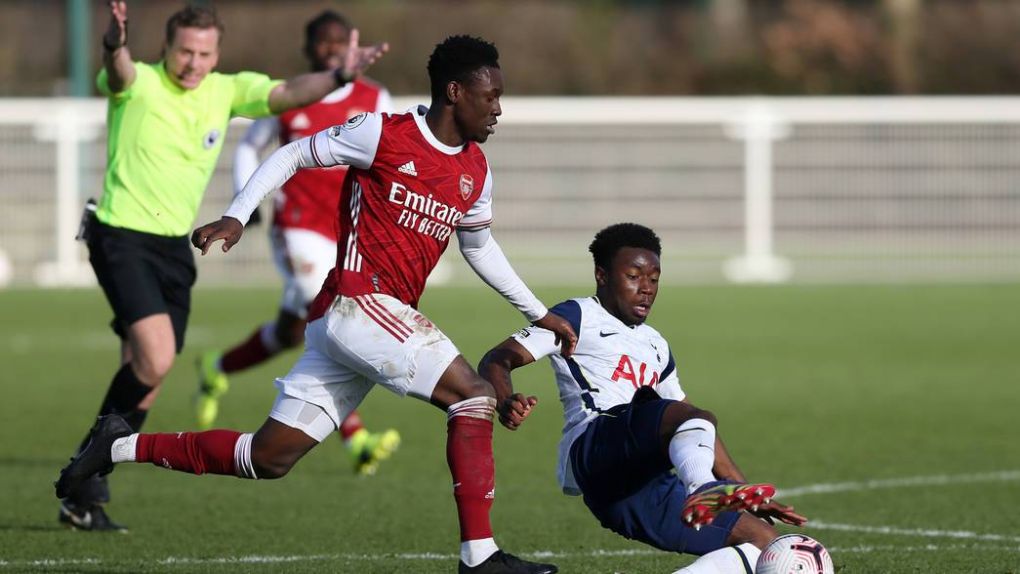 There’s a famous story of us missing out on a certain Ibrahimović because Arsene Wenger didn’t like the attitude of the youthful Swede who refused a trial. That’s the exception to the rule.

It’s good that any player has self-belief, but you can’t expect promises based on your record in Under 23 football.

On this occasion, we have to trust the manager. It’s not like Arteta (or Arsenal themselves) are shy in giving youngsters a chance. If Saka and Smith Rowe were trusted to start in the Premiership, why wouldn’t Balogun be?

So, if we know a manager is open to playing you however old you are, clearly all the reports are high on the player and clearly there is room for him in the squad, there must be another issue.

The danger is; has the young man been told by too many people how great he will be that it’s gone to his head?

This is why it’s so important a young man surrounds himself with the right people. In today’s era someone not even an adult can become rich before he’s even kicked a ball.

The best ever players in the world at the same age had self-belief but there is a difference between confidence and arrogance.

Arteta has shown right or wrong that he has an attention of detail when it comes to players and isn’t afraid to wash hands of individuals if he thinks they don’t match his expectations.

From day one our manager has spoken of the values of the club and how he won’t tolerate anyone who doesn’t follow his ethos.

While it would be wrong to write there has been any attitude problems, the forward is starting to create a reputation with our fan base which might come back to haunt him.

That’s what I mean by having the wrong people around him because I don’t think that was his intention.

I think his hope was that gooners would put pressure on the club to not let someone predicted to be a future star leave for nothing.

Fans though can see through this kind of thing.

At this point, he’s putting massive pressure on himself if he does start for us.

If he moved elsewhere, he puts a huge spotlight on himself given how he’s making such a noise.

He won’t be the first academy graduate who moves elsewhere for first team football but at this rate he’s raising expectation to an unreasonable level.

While they might criticise the club for letting again allowing a contract to be run down, very few would expect any club with serious ambition to be dictated to by a teenager.

If Arsenal have offered a fair salary and assured the player opportunities that should be enough.