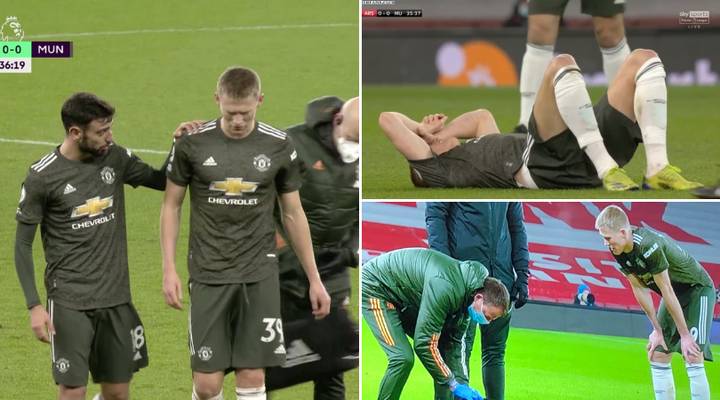 Is David Luiz the leader Arsenal have been waiting for?

Luiz Is The Leader We Need by Dan Smith

When my main talking point at half time is ‘could the game not just stop and let poor Scott Mctominay go to the toilet’, then you know there’s been a lack of quality. 15-20 minutes is a long time to hold yourself, especially when you’re trying to play top level sport.

I also posted on social media; why does the Emirates keep playing WWE theme music? (any wrestling fans let me know).

In all seriousness, there were a few moments from David Luiz that encouraged me. A couple of moments of body language which suggested he brings much needed leadership to our dressing room, followed by an inspired post-match interview.

The defender was mocked on Sky Sports for celebrating getting a block on Bruno Fernandes’s free kick, having arranged the wall. Yet isn’t that what’s been missing from our defenders for years? We have lacked defenders who love the art of defending.

Seconds later, the half time whistle was blown, and the Brazilian looked at his teammates and pointed to his head, telling them to keep the focus. 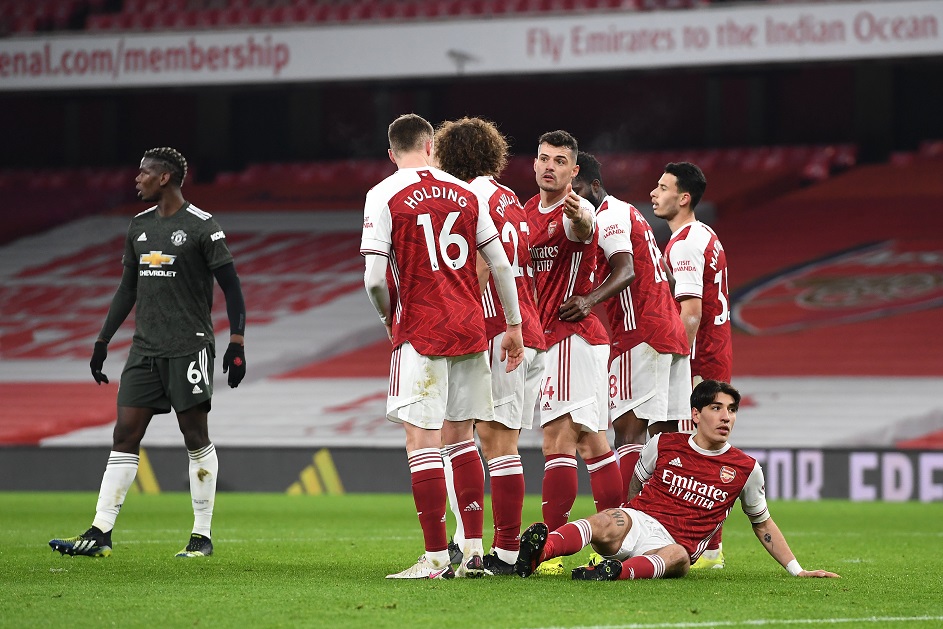 In the second half he cuts out a cut back after those around him were ball watching, and immediately screams and directs them into position. Again that’s what we have been needing for years. The likes of Holding and Gabriel are going to massively benefit from partnering him.

This wasn’t the centre back being content with a 0-0 draw but perhaps realising how crucial it was for his peers’ development.

Earlier in the campaign and especially last season, our back 4 would have had a lapse in concentration, now we were able to, when not playing great for the first 45 mins, fight, dig deep and stay in the contest (and to be fair we were better in the second period).

I have read some arrogant statements this week from our fan base, boasting that a win would ‘only’ put us 7 points BEHIND Saturday’s opponents.

Instead of asking how we have gone so far backwards that Villa, Everton, Leicester, West Ham are above us, readers were talking about our ‘title hopes’.

I got in a debate with a couple of peeps on Arteta’s perceived ‘fantastic record’ against the top 6. This point makes the Spaniard ‘s record in the League W 4 D 2 L6. That’s not terrible but we need to have higher standards than calling 4 wins out of 12 ‘fantastic’.

It’s educating newer fans that it is wrong to say Mr Wenger didn’t have that record, or didn’t knock out big teams in one off cup ties like Arteta has done.

Fans do themselves zero favours by pretending we are better than we are. Don’t listen to me, listen to David Luiz’s post-match interview which was almost as great as his performance.
I have always said to find a solution first you have to admit there is a problem, but our fan base is divided in that regard.

Luiz, though, is a winner who has won every domestic honour available to him in three countries as well as the Champions League and 2 Europa Leagues. When he retires his legacy will always be what he did at Chelsea. Yet he’s always spoken respectfully about us.

Last year he said his aim was to take ‘this club back to the level it deserves’. He doesn’t seem one on these players past his best in North London for a final pay day. He seems to care about helping us re-establish ourselves.

Yesterday he spoke about the need to be ‘humble’, to admit how far away you are from the level you want to be. Ask yourself why would a proven winner be reiterating that being ‘humble’ is crucial to our development?

Because he’s smart enough to know that to return to our previous levels we need to take little steps and build slowly. Not win a few games and pretend that everything is fine. He realises that twice this season Man United have found us hard to beat and that hasn’t always been the case.

Don’t get me wrong Luiz is capable of individual mistakes, sometimes caring too much. As a leader though, I’m glad our youngsters have him to listen too

Football is about opinions. It’s not for me to say I’m right or wrong, and I refuse to base anything on short term results. Next time though you read about our title bid or chances or making the top 4, or Maitland Niles being better then Kante, or Arteta better then Wenger, just think of the words Luiz uses ……. Be Humble…