Is it time for Arsenal to offload Danny Welbeck? 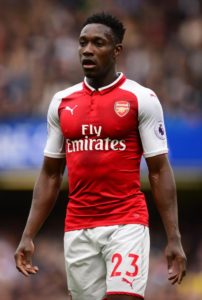 Everybody is talking about whether Aaron Ramsey will sign his new Arsenal contract in the next couple of weeks or will he be sold on and replaced, but hardly anyone has mentioned that Danny Welbeck is in the same position of entering his last year.

The English international (well he played 11 minutes at the World Cup) has dropped down the pecking order with the arrivals of Mhkitaryan, Lacazette and Aubameyang, and may drop even further if Lucas Perez remains with the Gunners next season.

So now it has been reported that Welbeck is likely to be sold to make room for our new arrivals, but like with most of our deadwood players, he is unlikely to find another team to offer the fantastic wages that Arsenal hand out to all and sundry.

I would imagine that if the Gunners did offer him a new deal it would be at a reduced rate due to his injury record, similar to Jack Wilshere, to encourage to look further afield to get some more regular game time.

Surely at 27, Welbeck should be playing for a team that would offer him more chances to get into the first team and, you never know, with a good run in another club he may even remember how to score goals on a regular basis, something he has never done at Arsenal.