The minute is the 17th and West Ham United are celebrating their second goal of the match which is scored by Jarrod Bowen. Peter Drury, the commentator, comes up with the perfect elucidation of the game so far: “While they (Arsenal) slept, West Ham came to life.”

When Arsenal needed inspiration, few players spearheaded it. Arsenal’s top-scorer of the past two years Pierre Emerick Aubameyang was certainly not one of them.

The third goal for Arsenal, which completed the comeback, summed up the 32-year-old’s day. The Gunners scored a minute after Aubameyang was substituted out in place of Martinelli.

Arsenal fans were quick to point out the worrying trend that they have seen too often with their star man. When Arsenal play a superior team or a team which plays with a “low block”, Aubameyang has often been guilty of becoming a “ghostly figure.”

You don’t have to use analytics to see the former Borussia Dortmund striker cutting a lonely figure at the top end. It’s all well and good for the striker, who signed a three-year contract in September, when opposition teams attack and leave spaces in-behind.

But when that does not happen, the magic which Aubameyang possesses also does not happen. Poor link-up and hold up play, unsuccessful dribbles and no aerial presence hurts Arsenal more than what Mikel Arteta will confess in his post-match press conferences.

During the game, Kieran Tierney was the player who cleared his lines in search of a center-forward who would hold the ball up and give the Gunners’ defense a breather and a way out. Even though Aubameyang is one of the tallest players at London Colney, he failed to provide an outlet to threaten the Hammers’ defense. 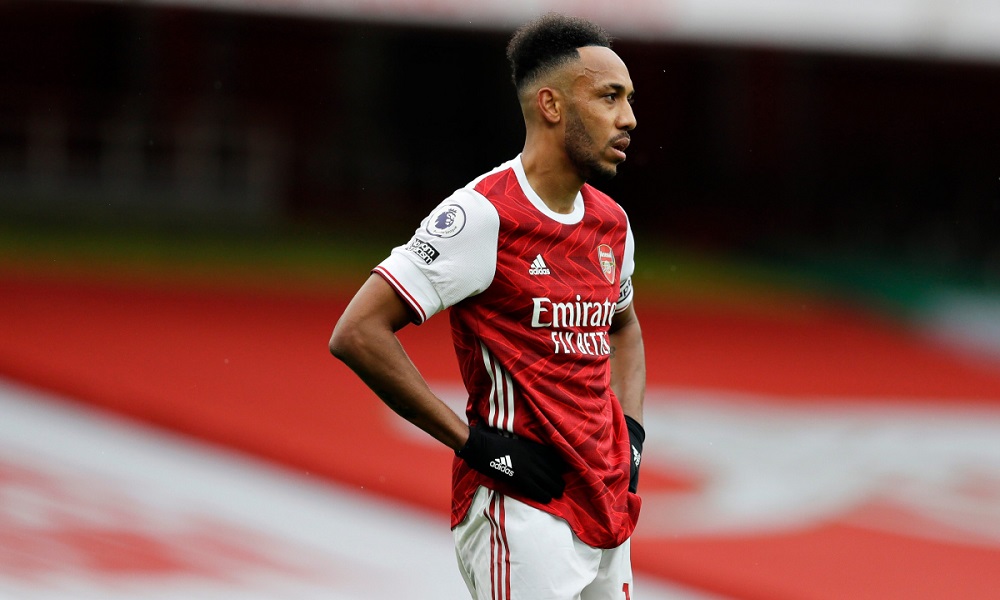 It was Alexander Lacazette doing the dirty stuff, dropping back and taking challenges on his shins and ankles. It was the Frenchman’s clever positional play in around the six-yard box which led to Arsenal breaking their duck.

The former Lyon man, two minutes later, then dropped in a false nine position, which attracted Craig Dawson and Issa Diop out of their position to man-mark him, only for the 29-year-old to play an incisive through ball to Bukayo Saka, who made an underwhelming effort at goal.

The start of the second half did not change the fortunes for Aubameyang. Within a minute, Lacazette was again involved in a positive team play, which needed a goal line clearance from West Ham’s Issa Diop.

And finally Lacazette rounded off an amazing performance by scoring from a Nicolas Pepe’s cross. His best mate would have been scrapping to take notes.

Lacazette offers more as a center-forward and Martinelli provides more as a right-winger than Aubameyang. When Aubameyang does not score, it is like Arsenal are a man down against some teams.

If Arteta wants to play cards in a match cleverly, he should consider dropping their captain against specific teams. Because a Premier League center-forward should be capable of doing many things.

Pep Guardiola dropping Manchester City’s all-time leading goal scorer Sergio Aguero at the beginning of his management career at Etihad is one such example. The Argentine regained his place after Pep got what he wanted from his center-forward.

However, we are yet to see Arteta making strong calls like that. Maybe he is on the lookout for a new center-forward this summer.

We can only be certain when the summer comes. Until then, let’s hope Aubameyang’s best mate Lacazette makes the 31-year-old’s weaknesses less apparent.