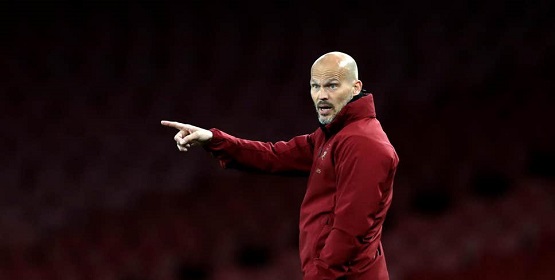 Is Ljungberg’s promotion all part of Arsenal’s long-term plan?

It’s offensive to gooner’s intelligence to have a 45-million-pound budget yet suggest we have ambitions to be title challengers. Even if we sell players to raise funds, it’s disrespectful to Man City to say that would be enough to close such a gap.

So, if we are not going to spend money, the only other solution is to promote from our academy and hope we stumble upon a gem. That’s why the rumoured promotion of Freddie Ljungberg to our first team set up is a positive. It shows at least there is a long-term plan, who knows if it is a plan that works, it is a plan nontheless.

Perhaps the only plus of the last couple of campaigns has been the development of our youngsters. Some have used the Cup competitions to get a taste of first team football, a couple have been loaned out to help their development. Ljungberg has worked with the majority of them and the hope is he will be able to support Unai Emery in terms of who he can trust from the underage groups. The Swede’s chances of being a future Arsenal manager will also have increased by this promotion. With Ramsey and Welbeck becoming the latest British talent to leave, the squad are lacking any DNA.

Who do you look at when you want someone who you sense understands the values and ethos of the crest?

It can only help our weak mentality by having the likes of Freddie and Pires (two Invincibles) around the training ground every day.

Our current boss has divided opinion in his first 12 months but ultimately failed in his objective of getting us into the Champions League. If the job became available, many candidates would be put off by the lack of funds. So, bringing in an Arsenal man might be the solution. Having won 2 Leagues and 3 FA Cups Freddie could be that man.