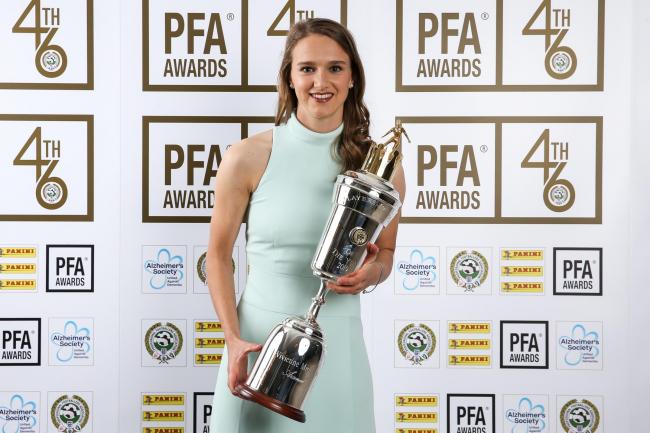 Is there anything that record-breaker Vivienne Miedema can’t do?

Is there anything Miedema can’t do?

Most people would spend their Sundays lazing about on the sofa as these cold winter nights draw in but for the Arsenal Women’s striker Vivienne Miedema, her latest Sunday was a record breaking one.

She went into the North London derby on 49 goals in 49 games and was set to break the record or try to at least. And she did, it took her all of six minutes to do so where she became the record breaking all-time top scorer in the Women’s Super League so far this season.

Arsenal’s second goal and her first on the day was 50 goals in 50 appearances for the Gunners for Miedema, but by the end of the game the record was well and truly set by Miedema, a hat-trick against Tottenham in the North London derby, in which Arsenal were emphatic 6-1 winners on the day, made it 52 goals in 50 appearances with plenty more games to come. Simply astonishing for a player of her talent and all at the age of just 24 years old.

Just what else can come from Miedema remains to be seen, but she is breaking records for both Arsenal and the Netherlands, and it was only last year that she became the all-time top scorer for the Netherlands women’s team where she scored two goals as they beat Cameroon 3-1 in the World Cup, to write her name in the record books yet again.

That record-breaking game put her on 60 goals moving her one ahead of Manon Melis who is now retired, but forward on a year and her record sits at 89 appearances so far with 69 goals.

Clearly, she is a talent that will go on to break many more records along the way and I am sure this is not the last record she will have broken for either Arsenal or the Netherlands. I guess we had better cherish her while she is still our player. Hey Gooners?