Is this weekend the perfect time for Arsenal to play Man City? 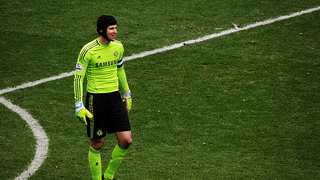 Arsenal may have had their long unbeaten run stopped by Everton last night, but the fact is that losing our second game of the season only means we have lost the same amount as our closest rivals, so it’s that bad a record! But we also have another big test coming this weekend when we go to the Etihad to face Man City, a team that has lost 3 games and are currently in 3rd place behind us.

But there is a famous saying that ‘A wounded lion fights hardest’ or something similar, and we have to admit that Arsene Wenger is very good at getting his teams to ‘bounce back’ after a defeat as we have seen many times in previous seasons. So maybe this is a good time for Arsenal to face Man City? Petr Cech certainly thinks so, as during his interview after last night’s game he said: “….You can’t control games for 90 minutes, there will be moments where the opponents will show their quality. Today, although they were not dangerous for most of the game, they found two goals and in the end you go home with a defeat. But you have to pick yourself up. There is a big period coming up now with the games coming thick and fast and there is no time to dwell on the defeat. You have to move on and get ready for the next one.”

And when asked about facing Pep Guardiola’s side, he concluded: “Sometimes I think it is best if after a big game you play another big game. You have opportunities to win, it’s a kind of a six-pointer – it’s probably a perfect game for us.”

Which is a great attitude to have! Simply dust yourself off and get stuck in! Petr could well be right of course. City are definitely in a little slump and have lost their last two League games, to Chelsea and Leicester, and also have Sergio Aguero and Fernandino out with bans. Nobody can go unbeaten all season, so we just have to accept the occasional loss now again. As Wenger said, we were unbeaten four nine months before yesterday’s result so why can’t we just start another run like that this weekend?

But is Cech right? Is this the perfect time to play Man City?