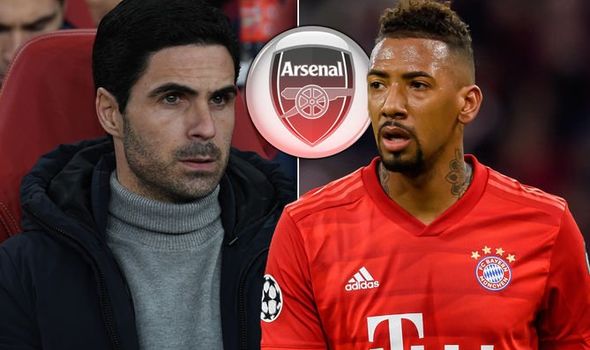 Jerome Boateng on loan could be the perfect match for Arsenal

Is This Why Arteta Wants Jerome Boateng? by Agboola Israel

Since Mikel Arteta resumed at Arsenal, David Luiz has had a new lease of life. The 8 million pound signing was previously headed towards the huge scrapheap of Arsenal defenders who, for one reason or the other, never quite made it. The sleek-haired Brazilian hadn’t reached Mustafi-level of comical errors yet but he wasn’t exactly the Messiah either. He had a blunder or two in him, a rashness, an inability to inspire confidence. His main strengths which included accurate ball distribution weren’t exactly working out well either. David Luiz so far had been just… bleh.

Come Arteta come a new player. The Brazilian seems to have regained focus under the Arsenal appointee. He looks so solid on and off the ball now. Against Chelsea, he was out in full aggressive force. Manchester United couldn’t get past him. And when he wants it, his long balls now find Kolasinac or Aubameyang high up the pitch and put the team on the front foot.

So why the links to Jerome Boateng?

In Arteta’s system that closely resembles Man City’s and Liverpool’s 2-3-5 when in possession, ball-playing defenders are very essential. A centreback who can, with the swing of a foot, find an attacker positioned high up on the pitch is a prized asset to teams that want to attack and score bucketloads of goals. Unfortunately, David Luiz seems to be the only one out of Arsenal’s current roster of defenders who can regularly find that pass to open up a game. And with Calum Chambers season-ending injury, Arteta’s options are going to be limited without David Luiz. Rob Holding can potentially play, but the 23-year-old is nevertheless not suitable for the David Luiz role.

Enter Jerome Boateng, celebrated but declining German centreback. One of the very few in the world who can operate in the David Luiz role with relish. Largely cast aside by his country and club, Boateng is easy pickings for a team that wants to shore up their defense. And Bayern Munich are reportedly ready not to accept a loan fee as long as the loaning club will pay the German’s wages for the duration of the loan.

Boateng would possibly make for a good backup signing. Make no mistake, he is not that terrible. And some of that Arteta magic can bring even more improvement. Just two to three seasons ago, he was still regarded as one of the finest centrebacks of his generation. Having lost some of his pace and defensive power, Boateng can still be a very good option for Arteta to bring up from the bench, at least.

If Arsenal think they can get him on loan for the remainder of this season, then it must explain why the links won’t stop creeping up.