Joe Montemurro has decided to leave Arsenal this summer

Will Montemurro leaving rip up the Arsenal team?

Sky Sports has reported that Joe Montemurro will be stepping down from his role as the Arsenal women’s head coach at the end of the season after four years in charge.

Joe has been successful in his time as Arsenal women’s head coach and led them to their first Women’s Super League title after seven years of missing out, in 2019 and also led them to four cup finals over the years.

However as the pandemic has done so for a lot of people, Joe now wants to dedicate himself to spend more time with his family, as we all know life is definitely too short.

But the worry with Joe stepping down is that with the team he has got at his disposal, having been so used to playing under him and all playing together, if a manager leaves how likely will it be that the team will stay together?

There are already worries surrounding star striker Vivianne Miedema, who may look elsewhere if she does not get into the Champions League with Arsenal this season.

And so comes the same worry that if a coach that came in and led you to your first WSL title in seven years is stepping away from the team, what will that mean for the rest of the players? Will they feel comfortable with a manager coming in and potentially switching things up? 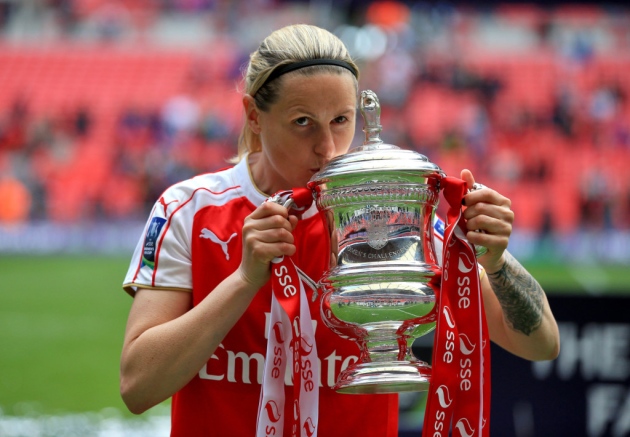 Sometimes managers changing for no fault of their own can disrupt teams if things like tactics and rules change.

Speaking on his time at the club Joe stated: “This has been the hardest professional decision of my life, as I absolutely love this job and this club, the club I have supported all my life. I’m hugely grateful to the club for their unrelenting support during my time here and in understanding and respecting my decision.” he also added that being at Arsenal was the “highlight of his coaching career.”

It does come as a big blow for Arsenal, but I wish Joe all the best in the next stage of his life and career and I hope he cherishes all of those moments with his family as memories are priceless. And I have no doubt that whatever he decides to do in his career next he will be successful.