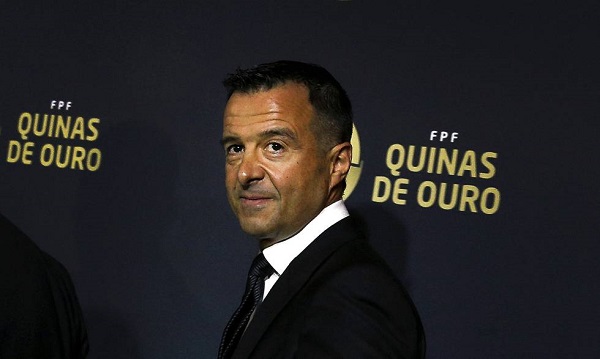 Jorge Mendes could play a pivotal role in finding the next Arsenal manager.

Because of the way information is quickly spread nowadays, one would think that naming a new manager for a club like Arsenal would have been very easy, but that hasn’t proven to be true.

The Gunners have been underperforming for some time now and Unai Emery has been close to getting the sack, however, nothing has changed.

Reports in the Daily Mail claim that Unai Emery’s days could be near the very end and the Gunners already have a replacement lined up.

According to the report, Arsenal has made Wolves manager, Nuno Espirito Santo their new number one target to become their manager.

It further claims that bringing the former FC Porto boss to the Emirates may not be very complicated as Arsenal’s Head of Football, Raul Sanllehi has a close relationship with Santo’s agent, Jorge Mendes.

Mendes is also the agent of Jose Mourinho and Cristiano Ronaldo and remains one of the most reputable agents in the world right now.

The same report claims that Arsenal apparently believes Santo, who led Wolves back to the Premier League and into the Europa League, is the man to lead them back inside the top four.

It is certainly a change at Arsenal regarding Mendes, he was not popular with Arsene Wenger and got nowhere near the club. Whether this change of strategy regarding agents is a good thing or a bad thing is yet to be seen.