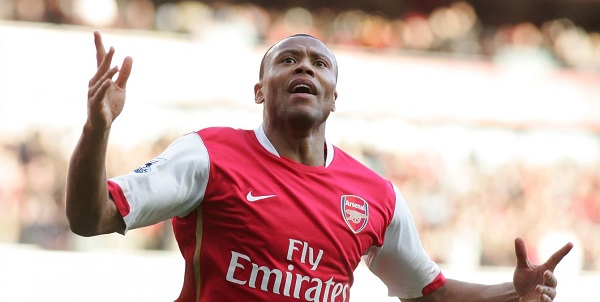 In the interview, he discusses several wide-ranging topics including his regret at not staying with the Gunners for a longer time and how Arsene Wenger made an impression on him.

He had been a long-term target of Arsene Wenger, but Arsenal had failed to land him every time.

In 2006, Real Madrid agreed for him to join the Gunners on-loan for the rest of the season and he would go on to have an inconsistent season with the Gunners.

He scored just three league goals in twenty-four games, but few Arsenal fans would forget his performance for the Gunners in their League Cup game against Liverpool.

He scored four times for the Gunners against the Reds in the quarterfinal of that competition, a club record.

At the end of the season Arsenal wanted to keep him permanently, but they couldn’t reach an agreement with Real Madrid so he returned to the Bernabeu.

On the memories he had playing for Arsene Wenger, he said:

“Nice memories. Wenger was a very kind person and managed to get the best out of the players, he knew how to find the perfect moments and worked very well on the emotional aspects.

“I will always remember him as a precise coach, who always knew what he wanted.”

On why he didn’t stay in London, he said:

“I left the club at my best moment. I had adapted to the city of London and my level of English had improved considerably. The bad thing is that I was there on loan and in the end Arsenal was unable to agree a permanent move for me because they couldn’t afford Real Madrid’s asking price.

Whether Mikel Arteta is the right man for the Arsenal job, Baptista said:

“Arteta is a young coach who has a chances to be successful and needs the club: he must feel confident.

“It is a long-term project, and if he is given time then he will deliver results, but he must be shown patience. “