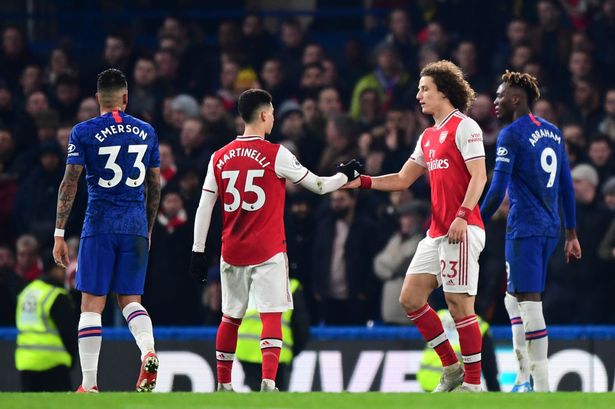 Just how far can Martinelli go with Arsenal?

Arsenal have unearthed some gems in the past, but Gabriel Martinelli has all the potential to outdo them all in my opinion, but he must keep his current mindset and character.

The 18 year-old was signed from Brazil’s fourth tier of football, and placed in the Gunners’ first-team squad, and has taken the transition in his stride.

Martinelli had an immediate impact at Arsenal, be it on the training ground or on the pitch.

The wonderkid got the nod to start his first match in the League Cup against Nottingham Forest back in September, where he obliged by bagging himself a brace. He grabbed himself another two goals and an assist in his first ever Europa League match against Standard Liege in his very next start for the club, before adding another goal in his third start, scoring the opening goal in each of the three matches he played from the onset.

He is very much the talk of the town in Europe now, only eight months after signing from the fourth division of his home country, and is even linked with strong interest from Real Madrid. Thankfully he only has eyes on Arsenal at present, and David Luiz is the latest star to come out with praise for his new exciting team-mate.

‘No, I didn’t know him to be honest no,’ Luiz revealed to club legend Ian Wright.

‘I heard some things about a little boy in Ituano because i know Juninho Paulista and he’s from his club.

‘Not just as the talent as a footballer but his mentality. He wants to improve, he wants to learn. he knows he has the opportunity of his life.

Martinelli is no doubt in that bracket of players who will be looking to step-up and challenge for the Ballon D’Or in years to come, with his biggest challengers likely to come in the shape of Kylian Mbappe, Vinicius Junior, as well as Eden Hazard and Neymar depending on how quickly he develops.

It was reported that Arsenal could be willing to listen to large offers for him in the coming window, but I’d like to believe that was simply just paper talk. Mikel Arteta could well be key in Martinelli’s progression as a player over the coming years, and he may prove to be the key in firing Arsenal back into contention in Europe and the Premier League.

Does Martinelli have what it takes to bring Arsenal back to the top of the Premier League, to Champions League heavyweights or even challenge for the illustrious Ballon D’Or?

“That’s a difficult one” Odegaard chooses his favourite Brazilian star in the current Arsenal team
17 November 2021, 12:00