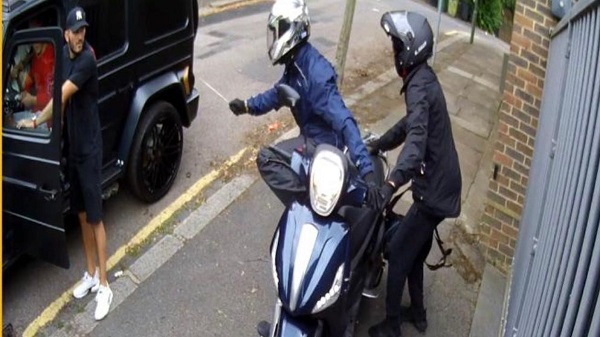 One of the muggers that targeted Mesut Ozil and Sead Kolasinac has been handed down a significant prison sentence.

The pair was attacked by 30-year-old Ashley Smith and his accomplice, Jordan Northover, last July.

Smith had previously pleaded guilty to attempted robbery and has been sentenced to ten years in one of her majesty’s prison.

He appeared in court for his sentencing on Friday via video link and will now spend the next decade in prison.

Part of the attempted robbery was captured on CCTV and soon went viral.

The duo’s watches worth over £200,000 were the targets of the robbers but Kolasinac bravely fought off the muggers.

Ozil had struggled for form earlier this season but has forced his way back into contention. Kolasinac had been the first choice left-back while new signing Kieran Tierney recovered from injury.

Smith’s accomplice, Jordan Northover, has yet to be sentenced.