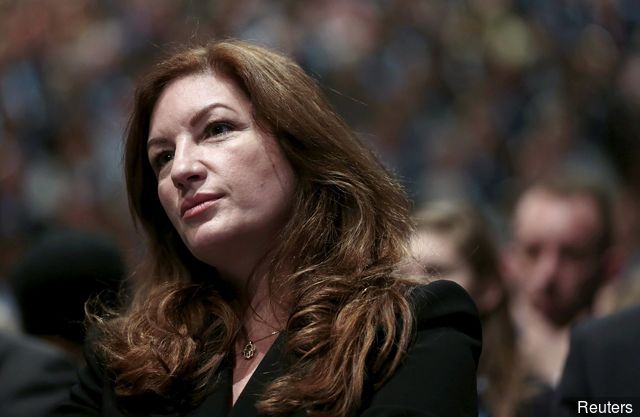 Okay we all know that the football season has been suspended until April 3rd (for now) but there are many people of the opinion that there is still no way that we can just pick up from where we left off, and just continue playing all the games.

One prominent footballing official who thinks that the season will be abandoned completely is the West Ham vice-chairwoman Karren Brady, who has written in the Sun that she can’t see any other outcome.

She wrote: “Their [the government’s] wishful plan to hold off on cancelling big sporting events for a while was destroyed by one verdict — that Arteta had caught the virus.

“The house of hope collapsed because once the contagion was in the brickwork, dry rot took over.

“Arsenal’s matches had to be called off and all of Arteta’s dozens of contacts had to be placed in isolation.

“Arsenal hosted West Ham just a week ago and our manager David Moyes is also in self-isolation although that is a sensible precaution as he is showing no symptoms at all.

“The same was true of Hudson-Odoi. The masonry was falling fast.

“Such is the potency of the disease that no one is safe.

“We do not even know if it can be caught twice. Fundamentally, it has to be eradicated and not until there is an effective vaccine — a year ahead at least — big sport will be at its mercy.

“The only antidote at present is care in human contact and unrelenting pursuit of hygiene.

“Suspension or cancellation of the league was always a certainty.

“There is no dodging the possibility that all levels in the EFL as well as the Premier League will have to be cancelled and this season declared null and void because if the players can’t play the games can’t go ahead.”

She then goes on to say that the Premier League’s hope of restarting the season is a forlorn one at best. She continues: “So what if the league cannot be finished?

“As games in both the PL and in the EFL are affected, the only fair and reasonable thing to do is declare the whole season null and void.

“Who knows who would have gone down or come up if the games have not actually been played in full?

“A huge blow to Liverpool who might be robbed of their first title in 30 years.

“This will be discussed between the PL and the clubs next week at an emergency meeting.”

More may be known next week before the meeting, but with Boris declaring a state of emergency, there is only signs and projections saying that things will be getting a lot worse for a long time before any chance of remission.

Could Liverpool really lose their title despite being so far in front? It certainly is looking that way at the moment..