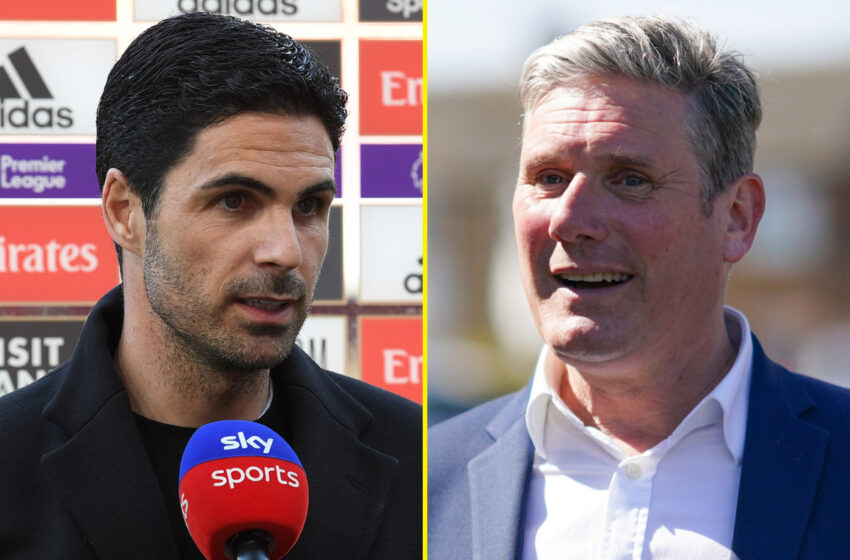 Labour leader Sir Keir Starmer has claimed that Mikel Arteta is doing well to rebuild Arsenal at present, but will need time to get the club back to where they need to be.

The Gunners loss last night left them in ninth place in the Premier League, but do have the chance to earn European football through the backdoor being just one of four left in the Europa League at present.

They also earned their place in Europe for this season at the last-minute, beating Chelsea in the FA Cup final having finished out of the European places of the division.

This season the team endured an extended winless streak in the division, before promoting youngster Emile Smith Rowe into the starting line-up, and altering the formation to accommodate an attacking midfielder, and the team has appeared much more assured since.

Starmer insists that the manager does have the team going in the right direction however, but insists that he will of course need time to get the team exactly where it needs to be.

“I think any manager coming in, or leader of a political party for that matter, you need time to sort your team out.”, the Labour leader told TalkSPORT.

“Arteta is building a brilliant team around the young players. (Emile) Smith Rowe, (Bukayo) Saka, (Gabriel) Martinelli. Give him time to build that team – that’s my rule of leadership and management.

“Give him time to sort the team out and turn the fortunes around. I think Arteta will do that, not withstanding last night.

The manager has had three windows so far since taking over from Unai Emery, and the personnel changes thus far do seem positive, but Arteta’s man-management could possibly do with some work also.

Are the fans still fully behind the project? Can we still see the progress that the team is making despite the inconsistent results on the pitch?