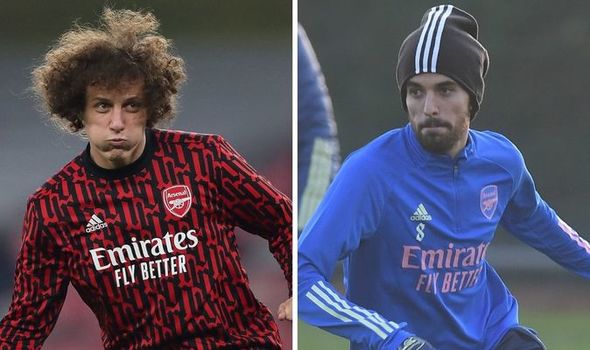 Martin Keown admits that there can be scraps between teammates in training, but he feels that the one between Arsenal’s David Luiz and Dani Ceballos might have something undertone.

Reports this week revealed that both players had a falling out in Arsenal training last Friday and it got physical.

The report claims that Ceballos had tackled Luiz in a manner that he didn’t like and the Brazilian punched the midfielder and drew blood from his nose. They were later separated by teammates and coaches before the situation escalated.

Although the report was later denied on Twitter by Ceballos who branded the news as “fake”. Keown claims that scraps between teammates were normal, but this particular incident might mean more and speculated that it might be coming from a place of unhappiness in the team as they struggle for form.

‘If it did happen it wouldn’t be unusual, up and down the country these things happen,’ Keown told talkSPORT as quoted by Metro Sports.

‘It’s never really nice to see it, but it explains perhaps, Arsenal lost that game recently against [Aston] Villa very heavily. Maybe there’s a bit of a problem within the camp and people get a bit fraught with one another.

‘It happens, I’m afraid. There’s a fighting spirit there, you wouldn’t want it to happen too often.

‘They’re sort of brothers in arms, you don’t want family fighting, but they’re not family, you have to draw that line. But you need to keep everyone together as well, Arteta needs to jump on that.

‘It’s always a little bit tetchy behind the scenes in a football club and it overspills sometimes when things are not going quite so well.

‘But you want that competition amongst the group because then, when there’s competition for places you get the best performances.’

Mikel Arteta will hope that his players can be that angry to get the win when football returns this weekend against Leeds United.