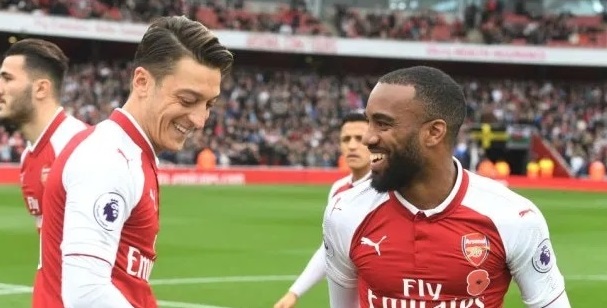 Lacazette and Ozil – should they be dropped against Newcastle United?

Mikel Arteta has to start making some hard decisions to get Arsenal winning again.

Players should always be picked on form in my opinion, it does not matter how big a name a player is, if he is not doing it on the pitch on a regular basis then he must be benched.

I believe that definitely applies to Mesut Ozil and Alexandre Lacazette.

Now, before the defenders of either player start their usual attacks, my opinion on this particular game is based purely on merit and nothing to do with a personal view of either player generally.

The facts cannot be ignored, Ozil has one assist all season and no goals and Lacazette cannot hit a barn door from one foot out right now.

Dani Ceballos should replace Ozil and Lacazette should be replaced in the middle by Pierre-Emerick Aubameyang with Nicolas Pepe and Gabrel Martinelli on the flanks.

To me, it is not rocket science and yes, I am aware that some will say that Ozil and Lacazette do all this other work, pre assist assists and lots of running around but all that has not resulted in wins has it?

The defence is now doing its job, the midfield is a lot stronger and more competent, it is up front where the team is being let down and so I cannot see the justification in continuing to play players that are basically not doing what they are employed to do, create and score goals.

Again, nothing personal against the two players mentioned but based on form I honestly do feel that other players are more deserving of a spot in the starting line up.

I do expect Arteta will play both Lacazette and Ozil, but that would be the wrong call in my opinion.

Let me know in the comments whether either or both players should be dropped today?