There has been incredible amounts of speculation regarding the future of Arsenal’s top scorer last season, Alexandre Lacazette, and whether he was going to offered a contract extension by the Gunners.

But now it seems obvious that he wll definitely be leaving on a free transfer in the summer, and his agents are already searching far and wide for options, and after seeing his few performaces this season I am sure he will not be short of offers from all over the world.

Here is a video from Telefoot that shows Lacazette telling them his plans in French….

He said: “Of course, my agents are starting to look left and right,”

“But not until January. I really want to focus myself on something.

“And then we will see what is on offer, if the challenges are interesting, if there are beautiful projects, what role a team sees for me…there are still many questions.

“I want to wait until January before I really think about things.”

So with this news, and the fact that Eddie Nketiah is also going to pastures new, it looks like Arsenal’s strikers next season will be Aubameyang, Balogun and maybe Martinelli.

Would that be enough or do you think Arteta will go to market for a top-class replacement?

Should Arsenal compromise on a two year contract for Lacazette?
24 November 2021, 8:30 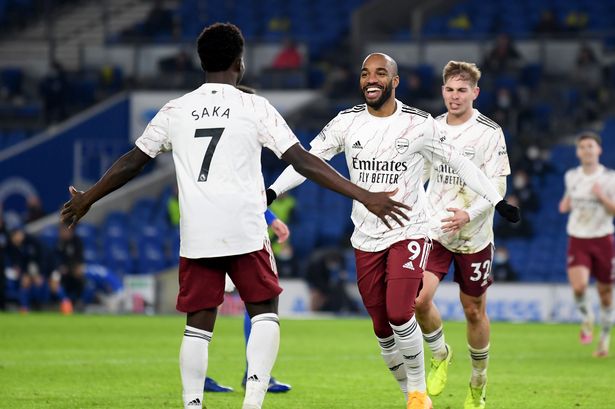