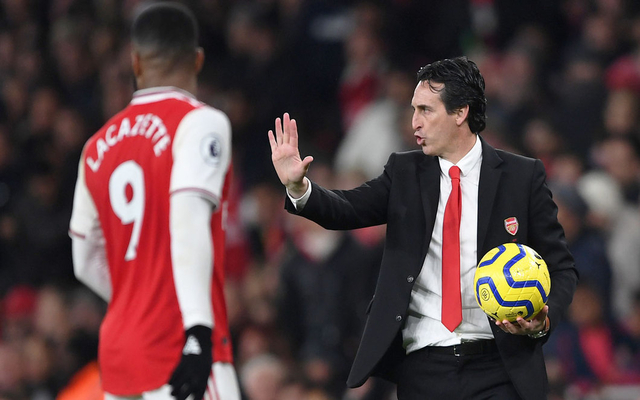 According to Football.London, the Arsenal star Alexandre Lacazette was involved in an angry encounter with manager Unai Emery during last weekend’s 2-2 draw with Southampton.

Lacazette proved to be the key man for the Gunners as he scored twice, including a last-minute equaliser to ensure the north London outfit shared the spoils.

Football.London suggest that the row with Emery took place in the early stages of the second-half whilst a Southampton player was down with an injury.

It’s also reiterated that this isn’t the first time that the Spaniard has clashed with one of his players. Summer signing Kieran Tierney reportedly told Emery to ‘calm down’ during Arsenal’s draw with Wolves earlier this month.

This is the last thing that Emery needs looming over his head, the pressure is mounting on his position after a poor run of results.

Read More: This journalist claims that Arsenal have made contact with Massimiliano Allegri.

We’ve failed to win any of our last five Premier League matches, this has seriously dented our hopes of challenging for a top four spot.

Has Emery lost the dressing room through lack of man-management skills?