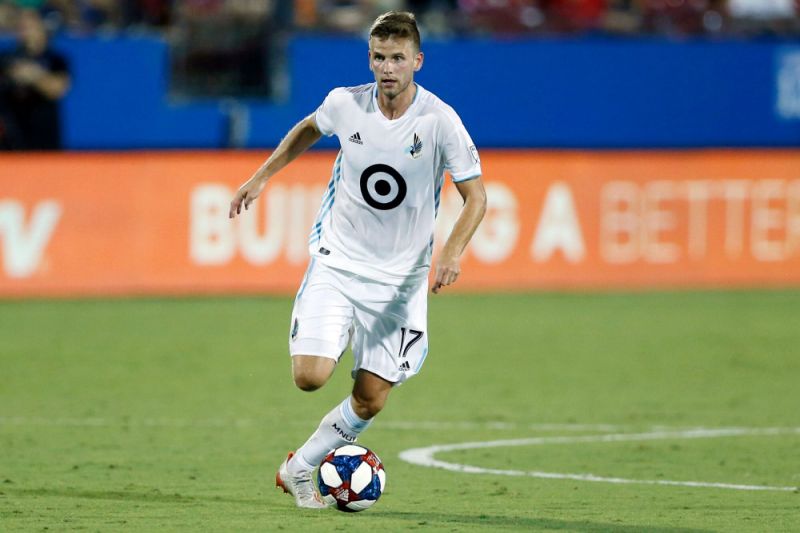 This Worked Better Then Taking A Knee by Dan Smith

So the next few days will be dominated by what we do or don’t do in the transfer window, but I feel this is a crucial story to share with as many as possible.

As regular readers will testify I like to encourage debate about making all football (and life) a place where everyone is treated equal, no matter race, gender, sexuality, etc.

I believe that’s how we learn and find solutions, through conversation.

This week in America, San Diego Loyal’s players left the pitch in protest after an alleged homophobic comments from an opposition player.
This was in the second tier of the U.S. Football so I’m not sure if any video evidence can prove what was said or not said to the openly gay Collin Martin.

We have never had an active player in the history of the Premiership to confirm they are homosexual.

Not that it’s the public’s business but you also would not want them to be in fear to do so.

So hearing one of their peers is potentially subjected to this treatment is hardly going to encourage others to open up, but how Martin’s manager and teammates responded will bring more awareness then any (with respect) wrist bands or T shirts or hashtags.

They did the same last week by walking off the pitch when they accused an opposition player of a racial slur.

It made me think of what Les Ferdinand said about feeling taking the knee before kick-off had lost it’s meaning.

If a club in the USL make a stance that garners worldwide attention, then imagine if it were a major name in Europe or International Football.

That’s why I maintain England missed a chance to put massive pressure on UEFA when they refused to walk off in Bulgaria despite monkey chants and Nazi Salutes.

Landon Donovan’s Loyals not just knew leaving the field of play would cost them 3 points (in a fixture they were winning 3-1), it was their final opportunity to qualify for the play offs.
Imagine Gareth Southgate giving up precious points in a qualifier, Arsenal in the Premiership or Barca in the Champions League.

It would immediately do so much more to educate that next generation of fan that there should be zero tolerance towards discrimination! Not of any kind.

While they are watching stars every week take a knee, they are seeing no action when incidents do happen. It makes taking the knee an empty gesture.

Donovan is his nation’s second most capped player, so his country will pay attention to what he says.

He deserves credit for using his influence to tell those in charge that he won’t stand for ‘bigotry’.

Twice this week, instead of turning the other cheek like other clubs have done when their players have been subjected to abuse – Donovan (also the side’s executive vice president) put football second to more important issues.

He was willing to sacrifice his own sporting ambitions because ‘Some things are more important’. He’s smart enough to know that by being one of the best players the US have produced, he of all people criticising the Soccer Federation will make a noise in the media and put pressure on to do more than simply taken a knee.

Any fine or action will now be bigger. If Donovan hadn’t said what he said it would get swept under the carpet.

Of course the 2nd division of a sport, not even a nation’s biggest, is only the start. Yet it’s more impactful then taking a knee.

Now we need more clubs and players to do the same…