Last chances? Maitland-Niles and Joe Willock must prove their worth on loan

Now Or Never For Niles and Willock by Dan Smith

It’s a massive weekend in the careers of Maitland Niles and Joe Willock who both have a final chance to prove they belong in Arsenal’s first team. Both deserve credit for stepping out of their comfort zone and choosing to join sides near the bottom of the League.

Normally the club has a policy of authorising loan deals as part of a youngsters development. This though is different; the two academy graduates have played combined over 200 games for the Gunners first team and yet the jury remains out if they can handle this level.

I have said before, if you have been at a club our size from a child and got this far, then enough qualified people believe you’re talented, so that’s not in question.

What you then need to prove is that you have the mentality to play every week for a club our size, and can handle the scrutiny that comes with it. Do you have the personality to deal with the expectation of having to win every week, and if not, fans and pundits dissecting your performance?

That’s what separates a talent from being at a ‘top six’ side or a midtable one.

I believe the two players both still play like they don’t truly believe they are good enough to be wearing the shirt, like a fan who’s won a competition. Where a Saka or Smith Rowe demands the ball and believes they can be the difference, Willock plays it safe, like he’s scared to do something wrong.

Now till the end of the season they face pressure of a different kind. At Newcastle and West Brom they are suddenly a big fish in a small pond. I do question the choice of clubs chosen for the pair. Neither exactly play the brand of football that Arteta insists he wants us to play.

Willock won’t exactly be walking into the most confident of dressing rooms, while Maitland Niles might be prepared to have a relegation on his CV. Despite the Baggies being 19th in the table, it’s believed the Hawthorns was Nile’s preferred choice.

Reports say he could have gone to Southampton or Leicester, but like Arsenal and England, they view his best position as a full back. The 23-year-old has always maintained he wants to play as a midfielder and has supposedly been given assurance from Sam Allardyce that will be the case in the Midlands. 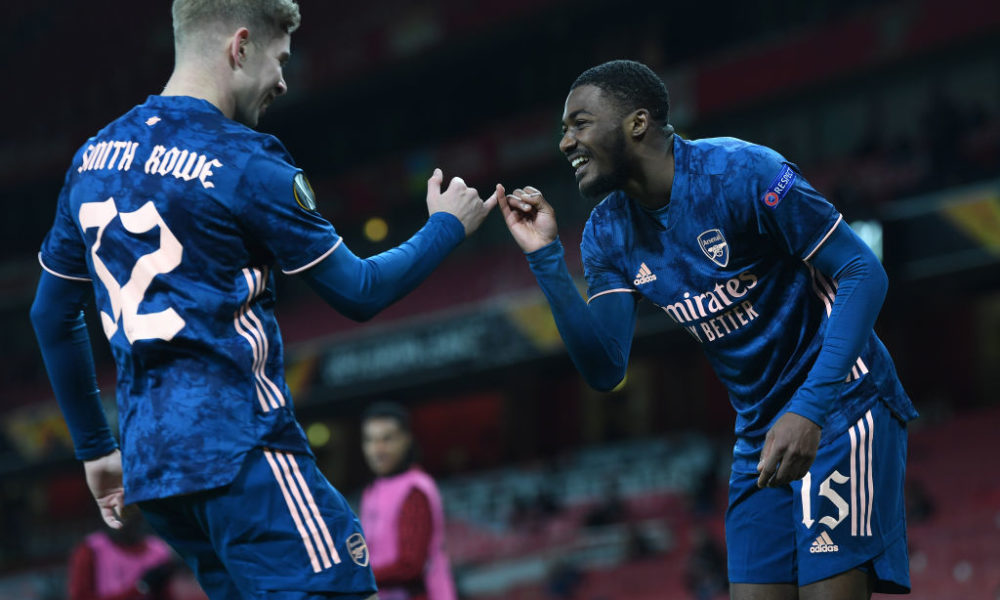 I admire his bravery because in many ways he’s putting his Arsenal career on the line.

If he can’t be the midfielder he clearly thinks he is at West Brom, then he won’t be able to come back to North London complaining if he’s asked to fill in at left or right back.

I think he has made a mistake. He was more likely to go to the Euros as a makeshift full back for Arsenal, Saints or Leicester compared to losing every week in the bottom three. I do credit anyone though who backs their own ability.

These decisions from Edu and our manager are clearly to give the duo playing time. There is no inkling that either player’s future is in jeopardy at the Emirates, hence zero option or obligation to buy is part of any of these loans.

Yet it’s common sense to suggest that their parent clubs (and gooners) will be keeping an eye on their progress.

If they don’t make an impact at two of the worst teams in the division then they will return to us even lower down the pecking order.

I gave my opinion of Maitland Niles in the summer. I felt at a time we are desperate for money, 16-20 million was too good to turn down for a makeshift fullback. He was an asset you could sell without harming the first team.

There’s a reader I debated with in September who called me negative for calling the player a makeshift full back, even though he’s always been and has been since a …. makeshift full back. This reader said he was better than Kante. You don’t loan Kante to West Brom. But that doesn’t mean I don’t want him to prove me wrong, and really be that good.

When Arsenal turned down Wolves’ offer, I’m sure they didn’t think that 4 months later they be loaning him out, and in truth probably wish they took the money (not sure they would currently get more than that valuation?).

Like anything though I love to be proven wrong.

That’s what Maitland Niles and Willock have, an opportunity. I wish them all the very best and will be keeping an eye on Newcastle and West Brom fixtures more than I would have in the past.
Willock begins his Toon Army adventure on Saturday lunchtime at home to Southampton, while Nile’s West Brom are at Spurs on Sunday.

Good luck to both.

Newcastle battle shows us that some players are simply not Arsenal quality
10 January 2021, 9:10