I wonder why any real Arsenal supporters would want to disrupt the preparations for such an important North London Derby by projecting “Wenger Out” onto the facades of Highbury, The Emirates and Marble Arch last night. These images were posted on the ArsenalFanTV Twitter account, and they were duly slammed by the readers in the comments section. 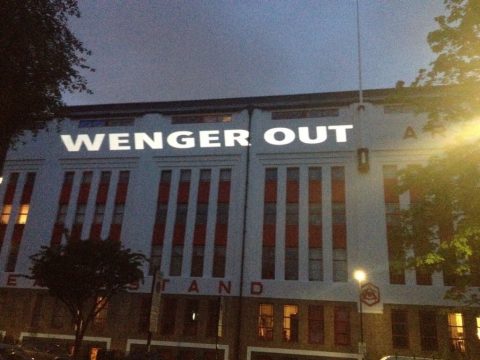 No matter whether you think Wenger should be leaving this summer or not, it makes no sense to cause such conflict right now. Surely the players and manager should be left alone for now to try and play themselves out of trouble, and not be concerned about the infighting between the fans at a time like this…. 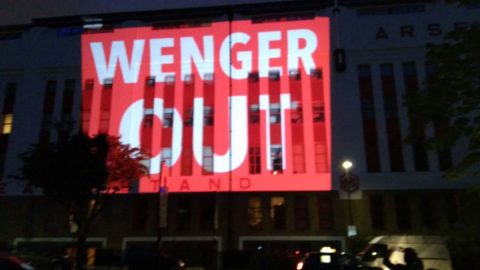 Here is the last one from the Marble Arch. Anyone who wants to see the angry responses from Arsenal fans about this crazy stunt can visit this ArsenalFanTV twitter page, but I would like to assure the fans that very few supporters came out in favour of these antics. Please show your support for the team…. 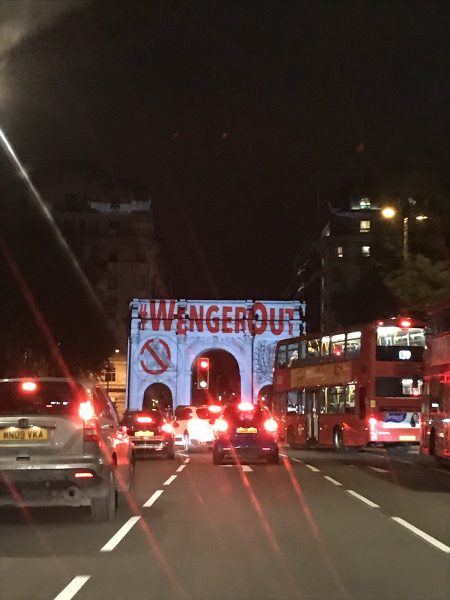 Here are some of the early responses…..
Paul Wragg‏
seriously???? its getting stupid. ahead of NLD as well. I think he should leave at the end of the season but use some common sense….

ClaireSGlass‏
That’s bang out of order.

nthrITguY
we are at very critical phase of season and need unity more than ever. For next 4 weeks let’s be 12th player on the field

Pat‏
Remember when supporters supported the club through thick and thin? ?

So what do you think of these. Could they have been set up by ArsenalFanTv themselves?