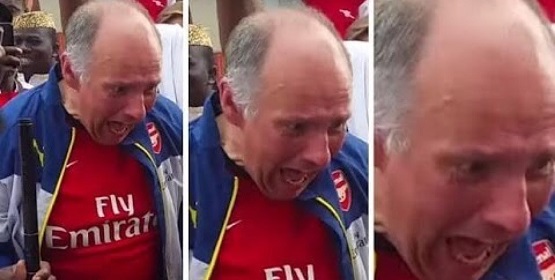 I’m sure most readers are aware of AFTV. After watching a recent upload I feel very uncomfortable and feel now is the time for Robbie Earle to step in.

Claude is one of the channels most popular characters, someone who has played a huge role in its success but it’s time his welfare was put ahead of views.

He has spoken openly about his depression and I’m not saying social media is to blame but it’s not helping. He now has his own weekly show with Ty where the payoff is to see them bicker but I’m sorry, a grown man should not be getting as stressed about a game of football as he does. We all have mates we banter with, but you wouldn’t want to see them get so worked up, if you did, you question if things were okay? I know before he’s publicly called the gunners his outlet but does he look like he’s happy?

Whether he’s being financially rewarded or it’s just a hobby, lots of Gooners would love to be able to express their opinions to thousands around the world. He looks like he hates the experience.

While he has the freedom of speech to put himself on these platforms his outbursts and body language would have him called into his office at work out of concern, who would recommend he seeks medical help.

Robbie has enough content where it wouldn’t hurt giving the guy some time away.

Again Robbie’s not responsible for anyone’s depression but it’s awkward watching the decline of someone for our entertainment. And that’s what it is.

No one is tuning in to see these two fans give their expertise, it’s the hope that they will bicker. All of a sudden, it’s no longer funny.