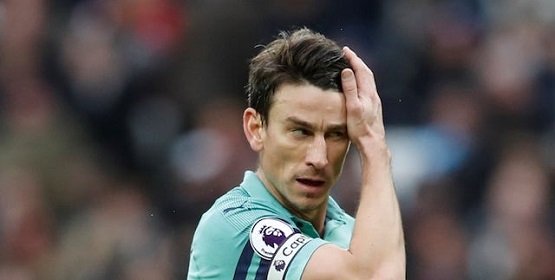 It is being reported in France that Laurent Koscielny has agreed personal terms with French Ligue 1 outfit Rennes.

That is all well and good but all the 33 -year-old is doing is wasting everybody’s time because without a transfer fee he will not be leaving North London this summer.

According to RMC Sport the Arsenal captain, albeit not for much longer, has agreed to terms but Rennes have tabled no offer and simply do not have the money to meet Arsenal’s £8.8 Million valuation.

It is hard to see how Koscielny thinks this will work in his favour, all he is doing is antagonising the club with this sort of antics.

Players cannot expect to be allowed to leave on a free transfer and agree personal terms with a buyer when they have a contract to honour.

Arsenal will not budge on the free transfer demand, they may well compromise but the Frenchman is living in dreamland if he thinks he will be allowed to depart for nothing.

Rennes are hoping that Koscielny and Arsenal come to some sort of arrangement and that alone tells you they have no intention of tabling any sort of bid.

There literally is only two ways out of this for Koscielny, he either buys his contract out or he sits in the reserves for the next 12 months.

One last thing, Koscielny has obviously given up on retaining any sort of positive legacy, he has really thrown everything into this including his reputation and whoever is advising him has done him a great disservice.

But ultimately, the fault lies with him, he created this mess and his actions since have done nothing to help his case.

But then again we are talking Arsenal here and so maybe he is assuming that they will make another horrendous transfer decision.

But on this occasion I simply do not see that happening.