Leaked PES 2021 appears to show Arsenal target as a Gunner

A new seven seconds video about PES 2021 appears to show that Willian as an Arsenal player in advance of the game’s release.

The Brazilian has become of interest to the Gunners in recent weeks after he couldn’t reach an agreement with Chelsea over a new deal.

The Blues wants him to sign a two-year deal, but he wants 12 more months and they aren’t prepared to accept that.

Reports claim that Arsenal is prepared to accept his demands and the Gunners will look to complete his free transfer in the coming days.

However, Sun Sports has just revealed a preview of the soccer game, PES 21, and it shows that Willian is a player of Arsenal already.

The clip did show “new signing” before imagery of the soon-to-be 32-year-old is shown across the screen in an Arsenal shirt. 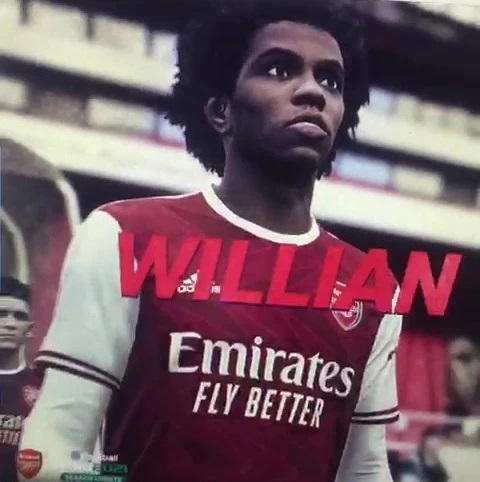 Willian has been one of the best wingers in the Premier League since he joined Chelsea in 2013, and losing him will be a big blow to the Blues.

But their loss will be Arsenal’s gain with the Gunners set to benefit from having the productive Brazilian in their team.

Willian isn’t the only player that Arsenal wants to sign, and their fans will hope that they will see more quality players come through the door.