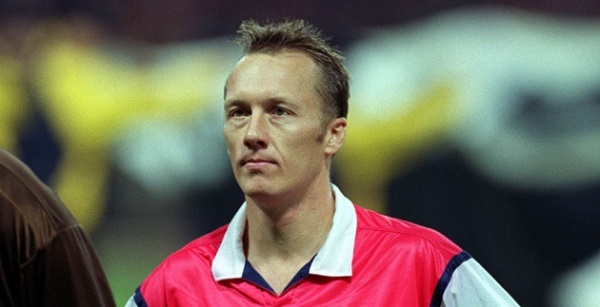 Lee Dixon proves once again the legend he is.

Lee Dixon has fanned the flame of Arsenal’s hatred for Tottenham on Twitter after he recently joined a new trend.

The former Arsenal full-back has just become the latest player to join a trend where the social network user discusses the teams they love most and those that they hate the most.

Tottenham and Arsenal both reside in north London and that has created a longstanding rivalry between the two of them.

Both teams have enjoyed success individually in the past, however, Tottenham has spent more time in Arsenal’s shadows over the past few decades.

Arsene Wenger brought about huge success to the Gunners before he departed, but the tide has changed recently and Tottenham reached the Champions League final last season.

The hatred among the teams goes beyond the fans and on to the players with most new players informed about how important it was for their team to beat the other.

Dixon who played over 500 times for Arsenal is now a pundit but he seems to retain his dislike towards the Lilywhites and couldn’t miss a chance to let them know.

He tweeted about the team he liked and loved which was obviously Arsenal, before proceeding to name Tottenham as the team he disliked and hated.

He also named Tottenham as the player he disliked and hated the most. Yeah, I know.