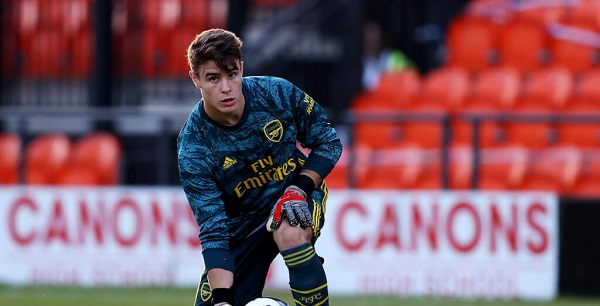 The youngster only joined the Gunners from Reading in the summer, but he has been in fine form for Arsenal’s reserves.

Because of his performances, the Gunners are considering giving him a new deal to extend his stay with them beyond this season.

However, the report claims that Leeds United have been monitoring the 19-year-old and Marcelo Bielsa’s side might make a move for him at the end of this season.

Hilson hasn’t made an appearance for the Arsenal senior team yet, but with Matt Macey set to leave the Emirates at the end of this season, he might be drafted in as the club’s third choice.

However, the report seems to suggest that Arsenal’s plan is to hand him a new deal and then send him out on loan for the whole of next season.

Arsenal has developed the reputation of being one team that trusts their youngsters and Mikel Arteta remains committed to developing the club’s youth prospect.

The Spaniard has given chances to a number of youth team prospects since he became the club’s manager and he might give Hilson a chance soon if the youngster goes out on loan and performs to a high standard.