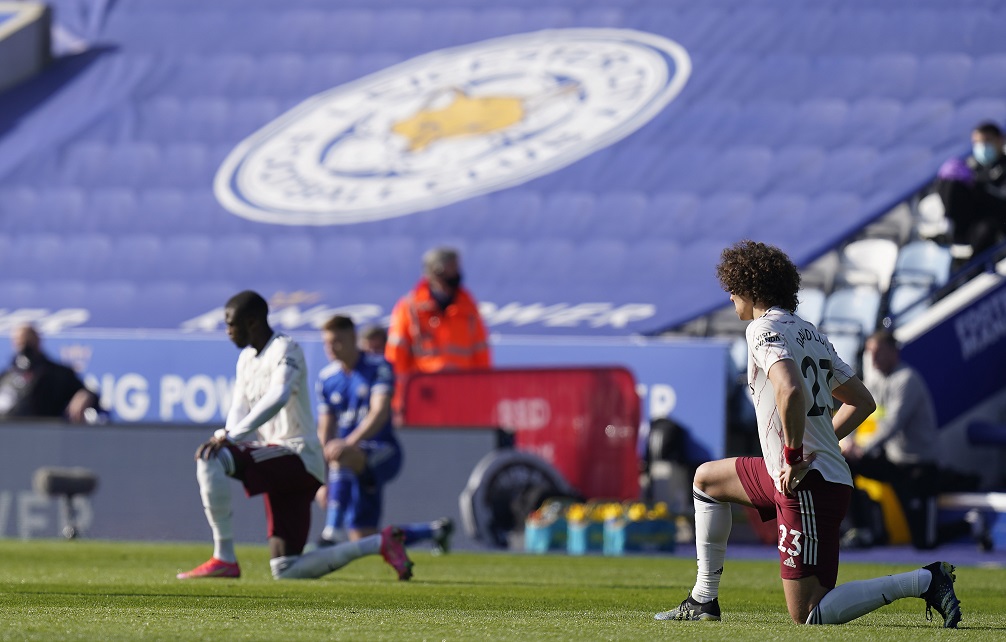 Ladies and Gentlemen, I enjoyed this! We spanked Leicester 3:1 away and it was about time. We should not fear teams like Leicester, Aston Villa and Wolves with all my respect to them.

We even managed to come back after another suicidal start and going a goal down inside the first 5 minutes. Add the fact that we played in Athens and Rome in the week before.

In typical fashion for us we had a miscommunication in defense and we allowed Tielemans a free run on our goal. Mari and Elneny both could’ve intercepted, but didn’t and we ended up behind again.

What we did different today was, we kept trying. We bossed the game and didn’t let our heads drop, even after having a penalty disallowed in another day of terrible refereeing. I’m so happy we proved today that if you play good, the ref can’t take it away from you, because Leicester’s full back should’ve gone just for the amount of fouls on Pepe alone.

Anyway, we equalized from a goal “made in Chelsea” as David Luiz connected brilliantly from Willian’s cross. I am so happy, because we get a lot of corners and free kicks and we finally produced something out of them. 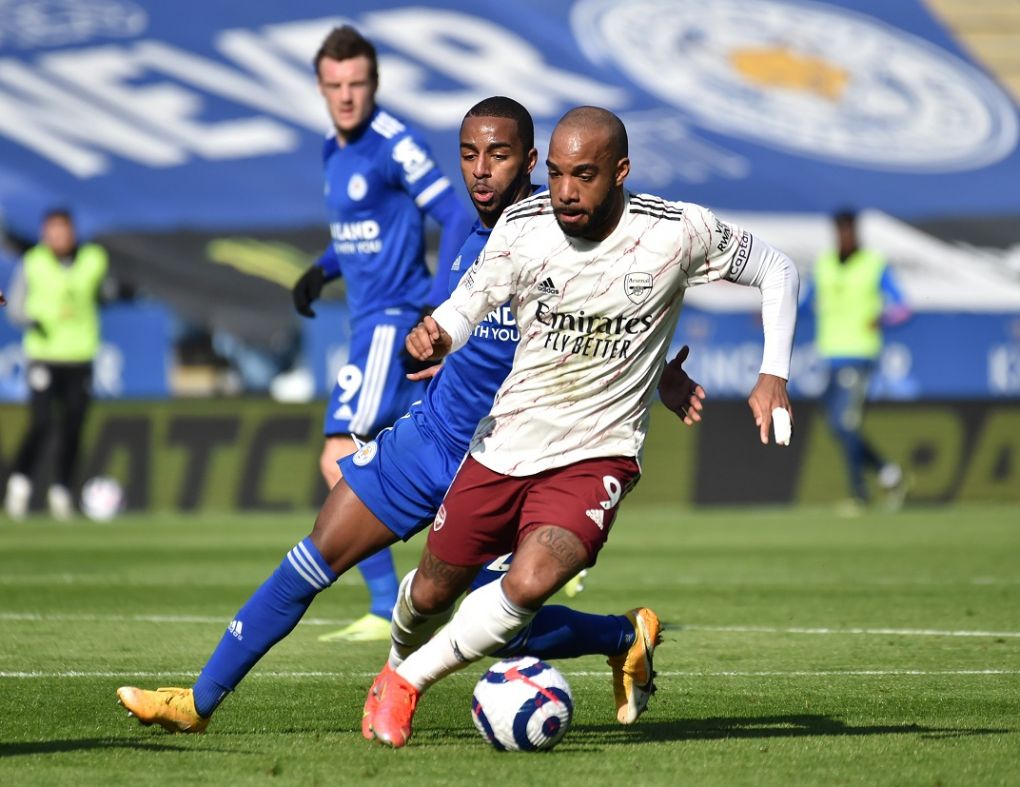 LEICESTER, ENGLAND – FEBRUARY 28: Alexandre Lacazette of Arsenal is challenged by Ricardo Pereira of Leicester City during the Premier League match between Leicester City and Arsenal at The King Power Stadium on February 28, 2021 in Leicester, England.(Photo by Rui Vieira – Pool/Getty Images)

Just minutes later, VAR finally got something right, although because it’s Arsenal, it took forever to spot a handball that was obvious from open play and this time Lacca didn’t just stare at the spot kick but actually took it and we ended up the half 2-1 ahead and it was no less than we deserve.

In the second half we made a brilliant counter which started with a quick pass to Pepe who made a brilliant run, found Odegaard who slipped it to Willian, who found Pepe at the open net and we finished them off. It was honestly comfortable in the end.

Two players were head and shoulders above the rest this game and those were Pepe and Willian. The fact that we didn’t miss Saka at all says enough. I was really impressed with the Brazilian, because he was taking players on, making runs and finding dangerous spaces.

I think people don’t give him enough credit for the influence he had on Thursday as well. The problem at Arsenal is that such performances from players are hardly ever consistent. If our “bench” players can come on like that away to Leicester and deliver this on a regular basis, we are easily talking of a top 4 place.

The reality is a bit different though. We’ve bombed the league hard and nobody expected us to deliver a proper performance. This position suits us and usually most of our better performances have come in such situations.

Our mere 37 points are 8 away from West Ham sitting in 4th, and there are quite a lot of teams in between our position of 10th and the top 4 that have more points and games in hand.

That said, apart from City, nobody really scares me. Liverpool are nowhere near the levels they had in the last 3 years, they have a ton of injuries and it’s far from certain if they’ll make the top 4. Everton are up and down, Tottenham are nothing special, Chelsea are on the up with the new manager, but that can wear out fast.

We’ve played both Manchester clubs, Villa and Leicester, so in this season of uncertainties, it’s not impossible to climb to a top 6 finish, but it will require winning as many games as we’ve won all season in half the games, which I highly doubt.

But that doesn’t mean the league games mean nothing. We need to win for the pride of the club and the fans. We can use it to build our system for next year and identify what we need. And keep our players in shape and boost confidence for the Europa League, which is where our hopes lie. We cannot underestimate Olympiacos again.

Today though it was the performance that really impressed me. Maybe the fact that we turned the game around on Thursday made a difference, I don’t know. I just want us to keep it up and give us fans something to hang on to and give hope for next season, and see where we end up.