Leicester v Arsenal Build-up & Predicted Score – Will we get outfoxed?

Arsenal will be weary of the threat posed by Leicester City this afternoon when they meet in the Premier League.

The Foxes returned to form recently, remaining unbeaten in their last five in all competitions, scoring at least two goals in each of those outings.

The most impressive win came in a 4-2 victory over Manchester United, coming back from 1-0 down to run away with the result.

Arsenal have their own form to defend also however, having avoided defeat in all eight of their matches since August ended, although it is worth noting that six of those eight were played at the Emirates Stadium unlike today’s fixture.

The two teams today have the same points and win record so far this term, with just the three goals separating them in the table at present, and it could be anybody’s guess to figure out which way this one will go.

I hate to be a pessimist, and usually have a positive feeling even against the top sides, but for some reason I do not today…

I’m going for Leicester to win today’s tie, whilst obviously hoping the scoreline plays out the opposite, but I can’t be alone in remembering that Jamie Vardy always come to life against us can I?

What are your score-line predictions for today’s encounter? 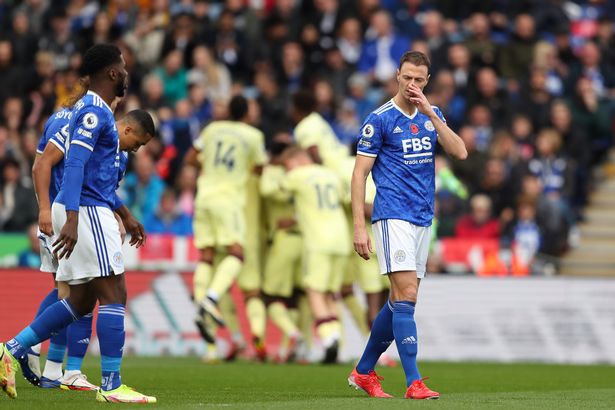